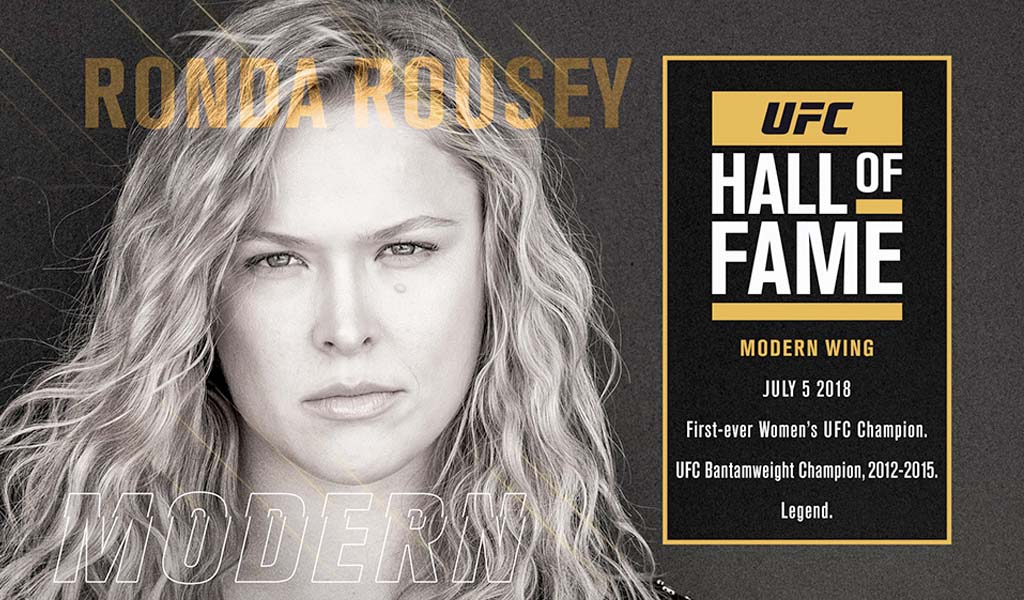 WWE Superstar Ronda Rousey will make history tonight as she becomes the first-ever female to be inducted into the UFC Hall of Fame.

Rousey, who is currently “suspended” for storyline reasons from WWE, will be in Vegas to accept the honor in person, making her first UFC appearance since her last loss to Amanda Nunes at UFC 207 in December 2016.

In hear nearly four-year UFC career, Rousey fought a total of eight times, headlining six of those and co-headlining the other two. Her last two UFC pay-per-views which resulted in a loss did over 1 million PPV buys and her UFC 190 fight against Bethe Correia did 900,000 buys.

With an MMA career of 12-2, multiple records, and paving the way for women in the sport of mixed martial arts, the former UFC Bantamweight champion is certainly a worthy inductee into the UFC Hall of Fame.