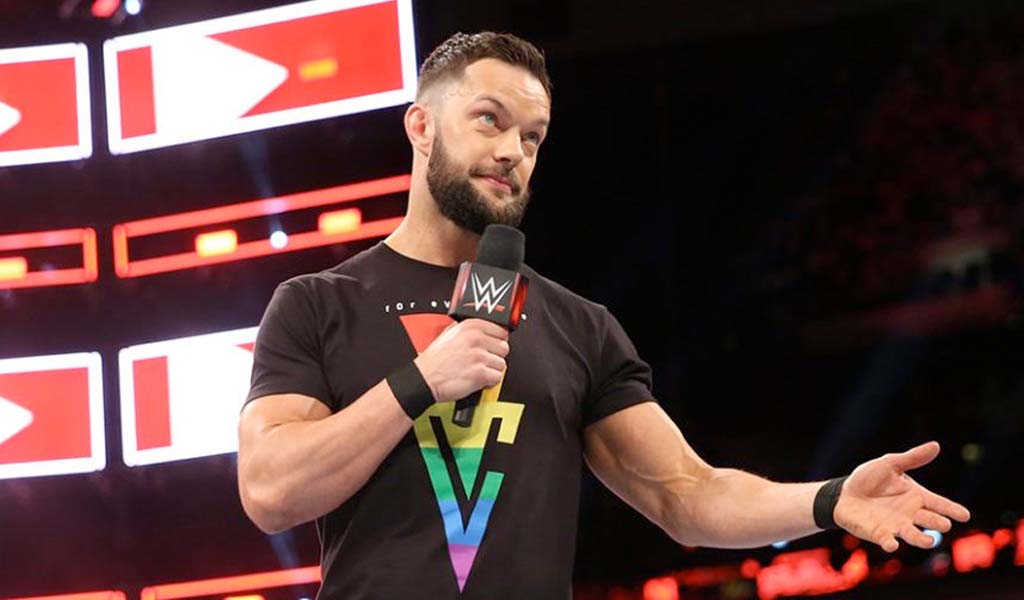 Speaking in an interview with Sports Illustrated, former NXT and Universal champion Finn Balor said that the process to get his rainbow-colored Balor Club shirts
took a lot of months to get approved, mainly because of the bureaucracy of WWE’s merchandising operation.

But in February, he decided he didn’t want to wait anymore and had someone modify the Balor Club logo to feature the rainbow colors, posting it on Instagram for the whole world to see it.

“It’s crazy because it was kind of a couple months of me talking,” Balor says, “then as soon as the right people heard it, it was almost instantaneously, ‘We gotta have this shirt out next week and we gotta talk to GLAAD ASAP and we’re gonna roll with it.’”

But the wait was worth it, and at WrestleMania, he showed the world that Balor Club is indeed for everyone.

“A lot of people maybe thought going into WrestleMania, ‘Well, if Finn’s not gonna be the Demon, it’s gonna suck,’” Balor said. “I think what we did at WrestleMania is a lot more important than any Demon could have been.”

Since then, Balor has been wearing the shirt supporting the LGBT community at every place he can. For the Saudi Arabia show, Balor opted to wear his regular shirt, respecting the laws of the country which is considered to have some of the worst laws against the LGBT community in the world.

Balor feels that this community wasn’t necessarily excluded, but sometimes was not included. “That’s something I felt a responsibility for, to use the platform that I have for good and to help maybe a small amount of people for the right reasons,” he told Sports Illustrated.

20% of each shirt’s sales price is donated to GLAAD, who in the past had some issues with WWE over certain storylines and outcomes.

You can read the full interview at SI.COM.