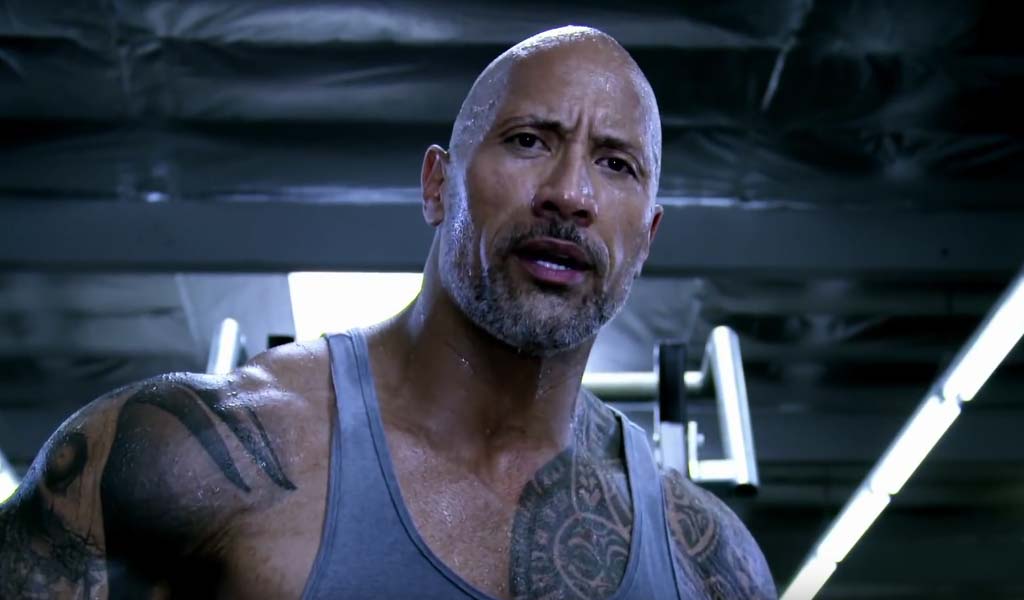 Dwayne “The Rock” Johnson made one of his big fans very happy this week and while he had to turn down her offer to go to prom with her, he sure made up for his schedule conflict.

Katie Kelzenberg tweeted a video to The Rock asking him to go to prom with her. She was dressed in the famous black polo neck, blue jeans, and fanny pack outfit that Johnson usually makes fun of from when he was just starting out.

Johnson said that he would be filming Jungle Cruise in Hawaii when the prom takes place and unfortunately couldn’t do it but he did something special for Kelzenberg anyway. Johnson rented a 232-seat theater in her home town and told Katie it’s all for her and her family and friends so they can enjoy a special screening of Rampage. “And all the free popcorn, candy and soda high school kids can consume! You’re money’s no good Katie… everything is on Uncle DJ,” he said.

Not only that, the Stillwater Area High School in Oak Park Heights where Kalzenberg goes to school played The Rock’s message to Katie on the PA system so the whole school heard the message!

One more reason why The Rock is the coolest dude in Hollywood and sports entertainment!