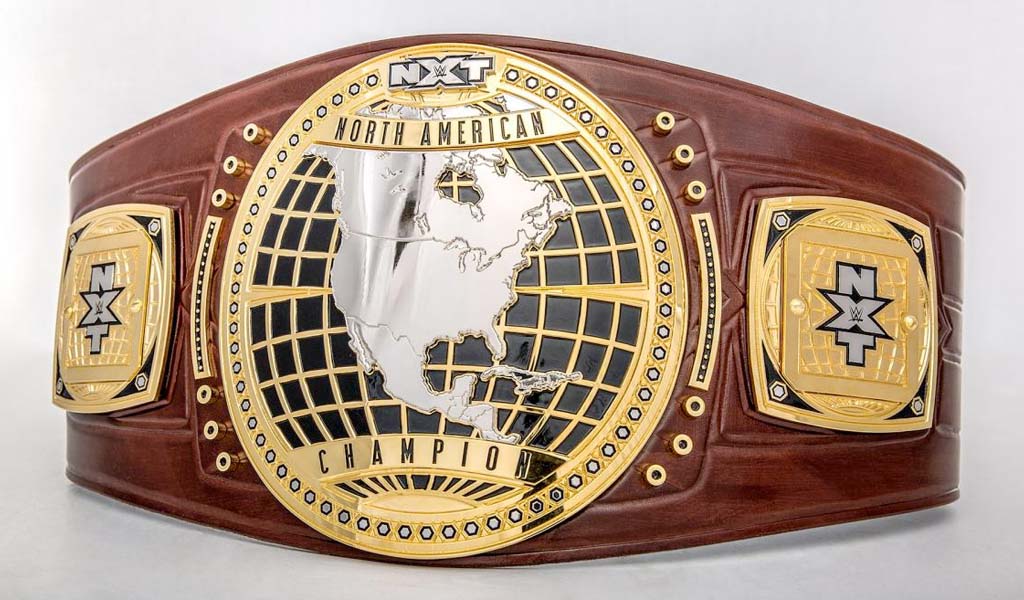 WWE.COM published the high-resolution photos of the new NXT North American title which admittedly looks much better than when it was revealed by Triple H. The leather strap looks more brownish than maroon and the big gold center and side plates really pop out on the strap. The title has NXT and North American at the top and Champion written on the bottom. The inaugural champion will be decided on Saturday at NXT Takeover: New Orleans with a six-man ladder match featuring EC3, Lars Sullivan, Adam Cole, Killian Dain, Velveteen Dream, and Ricochet.