A look inside the Superdome and Wrestlemania stage being assembled

WWE production workers along with hundreds of local contractors are currently busy assembling the WrestleMania stage inside the Mercedes-Benz Superdome.

With access inside the stadium closed for the public, photos of the construction stage are few and far in between. But someone did take a photo already showing the massive steel rig that will be above the ring and a partial assembly of the stage. Although there are some LED screens up already it’s hard to visualize how it will look since the assembly is still in its early stages.

The process of designing and constructing a WrestleMania stage takes many, many months and work on the stage starts as soon as there’s a location set.

You can see the photo below. 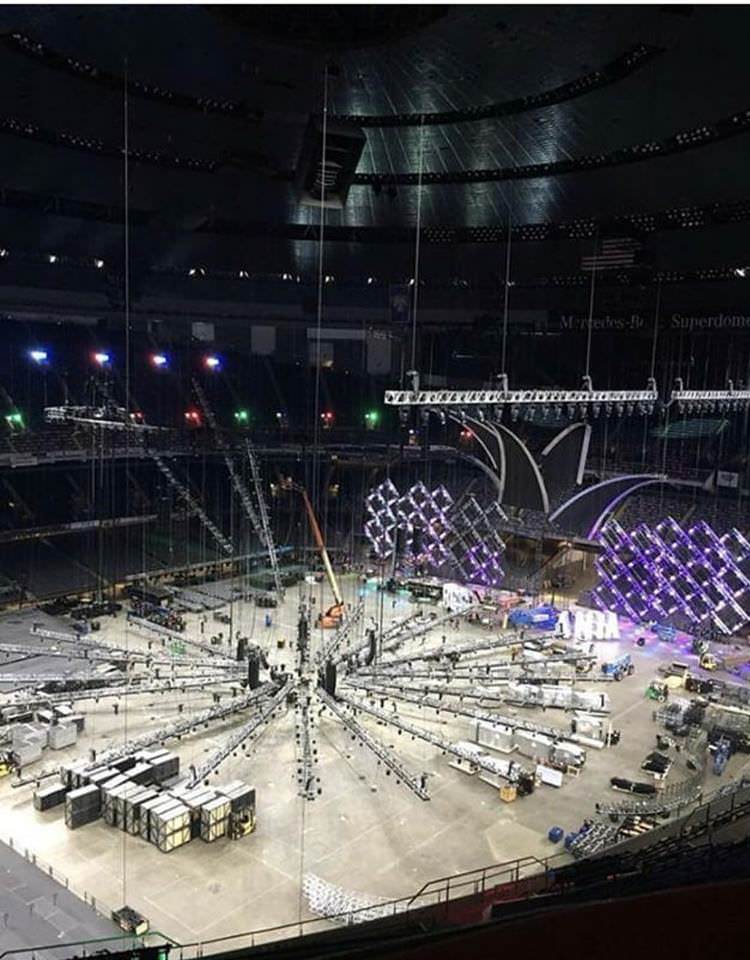