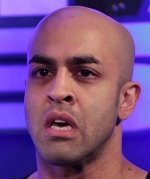 Sonjay Dutt – a former X-Division Champion who has transitioned into two key, prominent, high-profile roles in the company – will participate in the weekly IMPACT Wrestling Media Teleconference.

Dutt, who has been wrestling since 2000 and was the X-Division Champion in 2017, serves as IMPACT’s Creative Director and also moved into color commentary earlier this year, bringing a fresh, informative and unique perspective to the broadcast on Pop, alongside Josh Mathews.

Dutt will update the media on his road back to the ring following surgery late last year to fix a torn Achilles, plus he has late-breaking updates on WrestleCon as, on Friday night, April 6, it will be IMPACT Wrestling vs. Lucha Underground, and more.