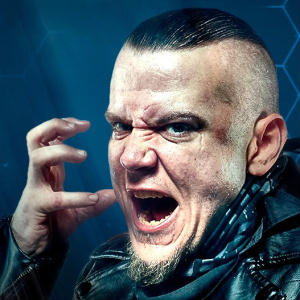 Sami Callihan has been the most talked-about pro wrestler for weeks after his savage baseball bat attack on Eddie Edwards. Callihan whacked Edwards in the face with a Louisville Slugger bat – and TMZ Sports was quick to report on Callihan’s hit and the bloody Edwards, who suffered a broken orbital bone and a broken nose.

Edwards continues to recover, and Callihan continues to draw worldwide press and critics galore for showing absolutely no remorse. In fact, Callihan is capitalizing financially on the incident by selling baseball bat-joking t-shirts – and he’s sharing none of the proceeds with Edwards.

Callihan has not spoken with Edwards since the vicious hit.

Callihan, though, will be speaking with the media on Wednesday, March 14, in the weekly IMPACT Wrestling media Teleconference.

Callihan arrived in IMPACT Wrestling last November and has been causing constant chaos. Callihan, for instance, drew negative comments from wrestlers and fans alike when, as many said, he also crossed the line by throwing a fire-ball in Konnan’s face.

Callihan will speak about EVERYTHING on Wednesday, March 14, particularly baseball bats (and his insistence that he will continue using them); Eddie Edwards and his wrestler wife, Alisha; and the growing list of wrestlers, both current and former, who have verbally berated Callihan for the bat-attack.

Callihan, arguably the most sadistic superstar on the IMPACT roster, is aligned with fellow Ohio natives Jake and Dave Crist. Callihan has been wrestling since 2006 and has competed around the world.

Prepare now for this Media Teleconference with Sami Callihan, which certainly will be emotion-filled.