The police report notes that Hardy totaled his 2016 Cadillac with an estimated $8,000 in damages. The VIN listed on the police report is registered to a 2016 Cadillac CTS-V. Hardy was not traveling over the speed limit but was going an estimated 50 mph at the time of impact. The area of the accident is about 2 hours from Hardy’s home in Cameron, NC. The report also indicates Hardy underwent some sort of test for alcohol but that the results were pending at the time of the arrest.

Officer Kelemecz wrote the following on the accident:

“Driver of Vehicle #1 ran off the roadway to the right, in turn striking about 105 feet of guardrail before the back end of the car spun out 90 degrees to the left, coming to rest in the middle of the right N bound lane of travel. The driver was arrested and charged with DWI.”

The police report lists an estimated $5,000 in damages to the 105 foot of guardrail, owned by the NC Department of Transportation. This could be a factor in any restitution that the court orders Hardy to pay.

Hardy has had his driver’s license suspended for 30 days, which is standard in North Carolina following a DWI arrest. Hardy’s first court date is scheduled for Monday, April 16th in Cabarrus County.

No word yet on WWE’s reaction to the arrest or if this could delay his return to TV. WWE filmed The Ultimate Deletion with Matt Hardy and Bray Wyatt last week at Matt’s home in Cameron, NC but we don’t know if Jeff was used in that match or not, or if WWE would edit him out. Hardy has been out of action since undergoing surgery in September 27th but he was recently cleared to return and was scheduled to begin training at the WWE Performance Center in Orlando this month.

Below is Hardy’s mugshot photo from the weekend arrest: 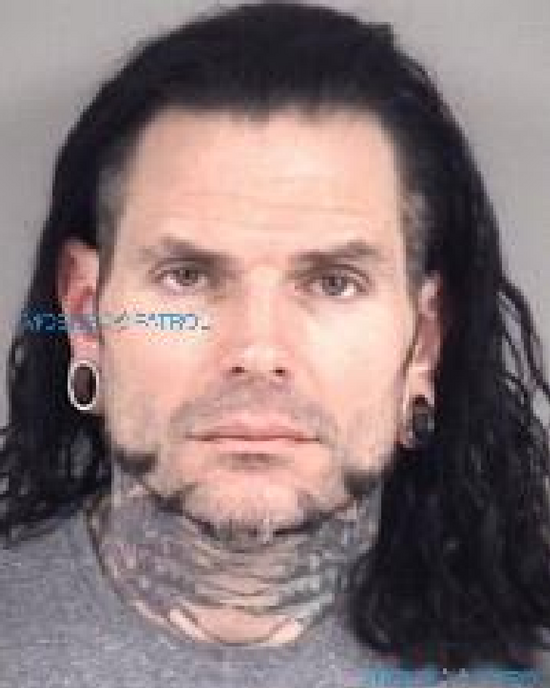