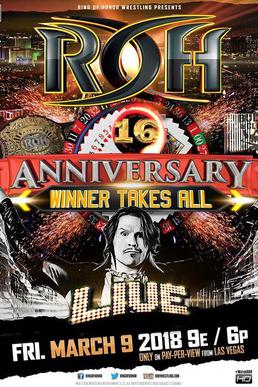 3. ROH World Television Championship Match
Kenny King (c) defeated Silas Young
-After the match, Impact Global champion Austin Aries appeared and praised Kenny King. Aries said that he has previously collected champion titles at ROH, but not yet the ROH TV Championship and thus the King has something Aries would like to have.

5. Grudge Match
Cody defeated Matt Taven
-After the match, Cody got his Ring of Honor back from Taven.