The Bangalore Times newspaper which forms part of The Times of India published a hilarious fake interview with a fake Hulk Hogan, complete with a photo of the impostor. Titled “Legendary WWE wrestler Hulk Hogan falling for India,” the interview conducted by journalist (!?) Jaspreet Nijher, talks to fake Hogan about his time in Chandigarh, if he likes Indian food, wrestling again (!?) in India, and other topics. Apart from a portion of the interview appearing on the website, the piece also made it to the print newspaper! You can see a clip from the newspaper and the interview here 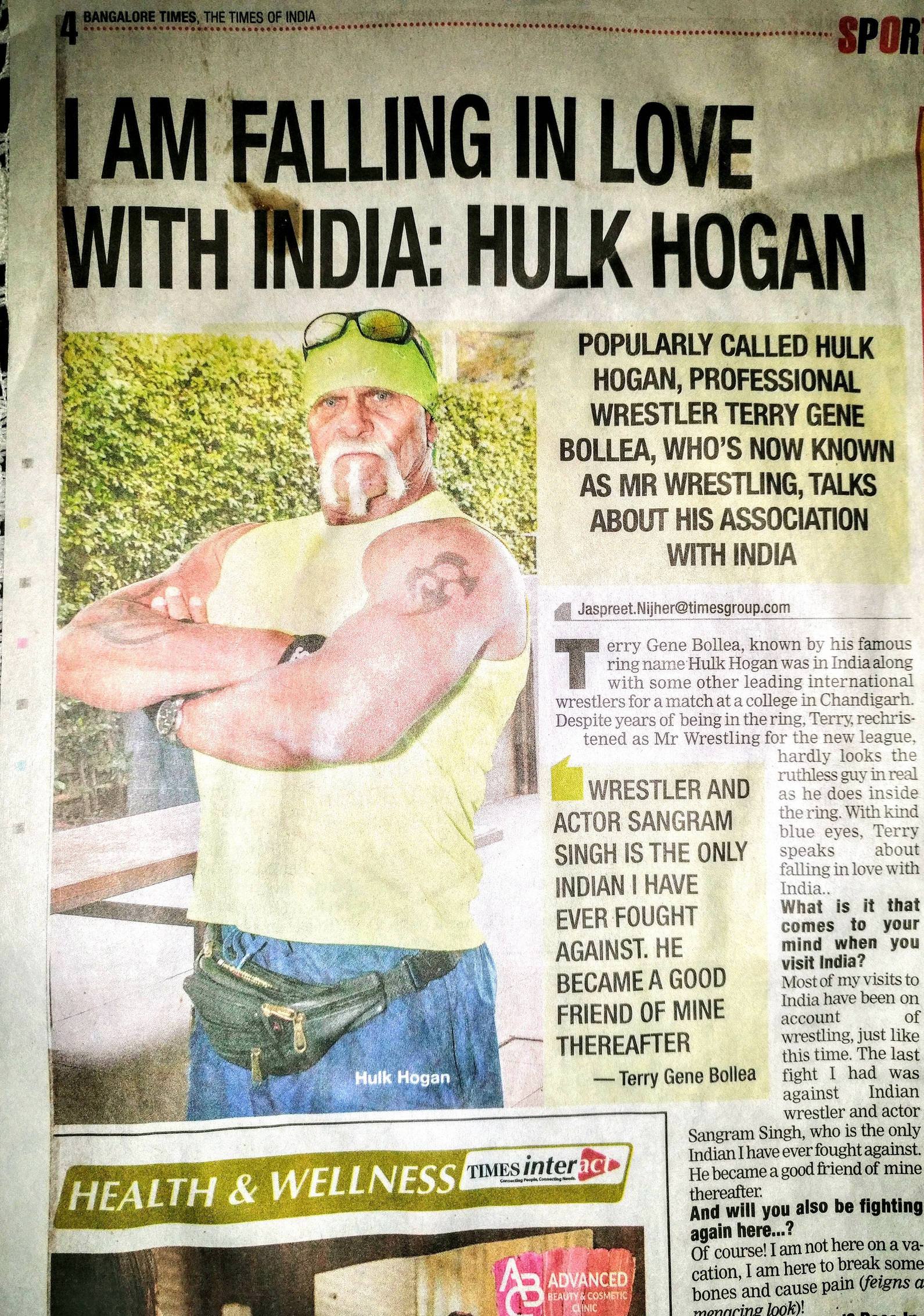