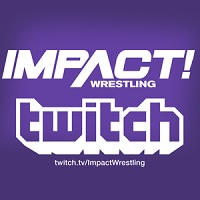 Due a scheduling conflict, El Hijo del Fantasma will not participate in the IMPACT Wrestling Media Teleconference this week and, instead, it will be a loaded lineup with Hot News and verbal barbs.

Sami Callihan will be the Special Guest, and Josh Mathews will be back on the call for the first 10 minutes with Twitch news and a “major IMPACT announcement.” Plus, Konnan still will be calling in. So you can bet things will be tense between arch-rivals Konnan and Callihan.

Callihan will be in action Thursday night on Impact, airing on Pop TV in the U.S., in one of the biggest matches of his career: against former World Champion Bobby Lashley.

Konnan will update the media on LAX, including the Tag Team Championship reign of Santana and Ortiz.

Mathews will discuss the commentary of Sonjay Dutt, which has received glowing praise on social media and beyond.