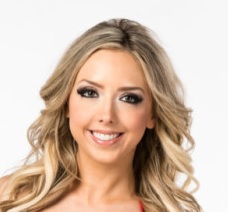 This week’s IMPACT Wrestling Media Teleconference will mix life in and outside of the ring as the special guests will be Braxton Sutter and Allie.

Allie will discuss her drive to shine in the Knockouts Division, with gold around her waist, of course. Allie first claimed the prestigious Knockouts Championship in August 2016, pinning Madison Rayne in a five–way match that also involved Sienna, Jade and Marti Bell.

Allie also will discuss life as a vegan, which was thrust into the spotlight in January when noted vegan Austin Aries returned to IMPACT Wrestling.

Braxton, meanwhile, has been on the IMPACT roster since 2015, but he’s yet to wear gold. In fact, he’s had limited in-ring action of late, but he’s certainly a powerhouse with plenty of potential.