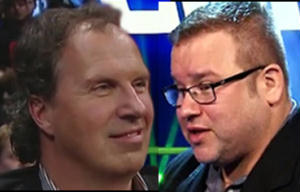 A new era in IMPACT Wrestling kicks off Wednesday, Jan. 10, with the first of six consecutive nights of Impact TV Tapings at The Impact Zone at Universal Studios Orlando, marking the first shows under the leadership of Scott D’Amore and Don Callis, who, in late-2017, were named executive vice presidents of the company. They join Ed Nordholm on a three-member executive committee that will handle the responsibility of developing the creative direction for the company and managing the execution of the company’s business plan.

On Thursday, Jan. 11, worldwide media will have the chance to talk first-hand with D’Amore and Callis, literally hours after their first Impact TV Taping.