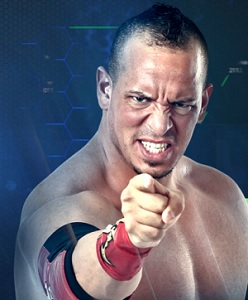 KM – the snarky, brute brawler looking to make a name for himself inside the IMPACT Wrestling ring, at the expense of anyone and everyone

KM has, of late, been trying to prove himself to American Top Team in hopes of joining the prestigious MMA crew, no doubt as a stepping-stone to bigger and better things in the wrestling world, including championship gold.

Topics To Discuss In The Teleconference:

· Why New York is the best city in the world;

· Why he has repeatedly been referred to as, a liar;

· KM’s claim that he is, pound for pound, the strongest wrestler on the IMPACT roster;

· His training workout that, he claims, has been featured in no less than 10 fitness publications in 2017;

· The top five wrestlers he’d like to smack around, just because.