Karen Jarrett posted a photo with her husband Jeff at an undisclosed rehab facility, the first public photo of JJ since he was admitted at the facility after he showed up drunk at an independent wrestling event in Canada late last month.

Sitting outside and kissing him on the cheek, Karen wrote “I missed you so much, love you big sunshine” in the Instagram post. The photo was taken by Kyra Marie Angle, the daughter of Karen and Kurt Angle.

It was Karen who reached out to WWE to help her husband and the company through their Wellness Program sponsored Jeff’s rehab stay. WWE has a program where all past and current performers can check into a WWE-sponsored rehab facility with all expenses paid by the company. The relationship between Jarrett and WWE has been pretty much non-existent since Jarrett held WWE “hostage” for a large sum of money in 1999.

Jarrett has been fired from his Impact Wrestling duties and the agreement between Anthem and Global Force Wrestling was also dissolved. 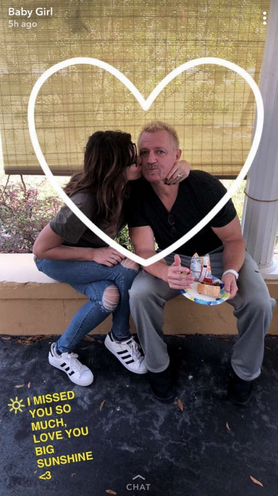