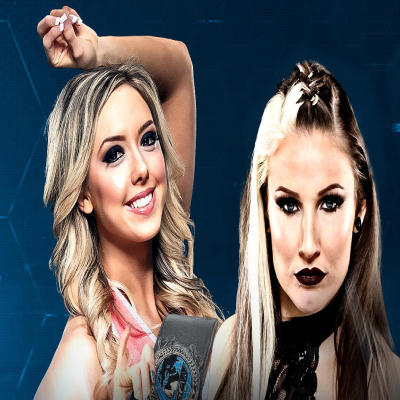 The Knockouts Division will be front & center on the IMPACT Wrestling Media Teleconference on Wednesday, October 25.

Knockouts contender Allie makes her Media Teleconference debut, along with reigning Knockouts Champion Sienna. And with Bound For Glory now less than 2 weeks away, who knows what these Knockouts might say.

#BFG2017 is Sunday night, Nov. 5, at Aberdeen Pavilion in Ottawa, Ontario, Canada. Allie and Sienna will be in a three-way match at the pay-per-view, along with Gail Kim.

Allie has been wrestling professionally since 2005 and made her IMPACT Wrestling debut in 2013. She is a Canada native and would like nothing more than to claim the prestigious Knockouts Championship on Canadian soil. Obviously Sienna and the Knockouts legend and Hall of Famer Gail Kim have other plans.

The Knockouts Three-Way Match at #BFG2017 is one of the most anticipated matches on the card.