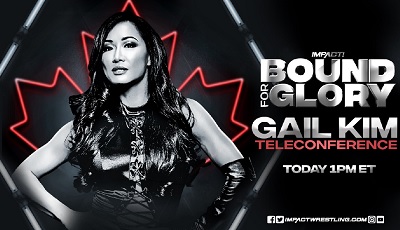 Gail Kim is, without question, one of the best female wrestlers ever, a Hall of Famer who has held the championship gold for close to a combined 700 days.

She’s seeking Title No. 7 on Sunday night, Nov. 5, when the IMPACT stars invade Ottawa, Ontario, Canada, for the most prestigious pay-per-view of the year, Bound For Glory, which will held at Aberdeen Pavilion.

All four participants have held the Knockouts Championship, but who will leave Ottawa with the gold?