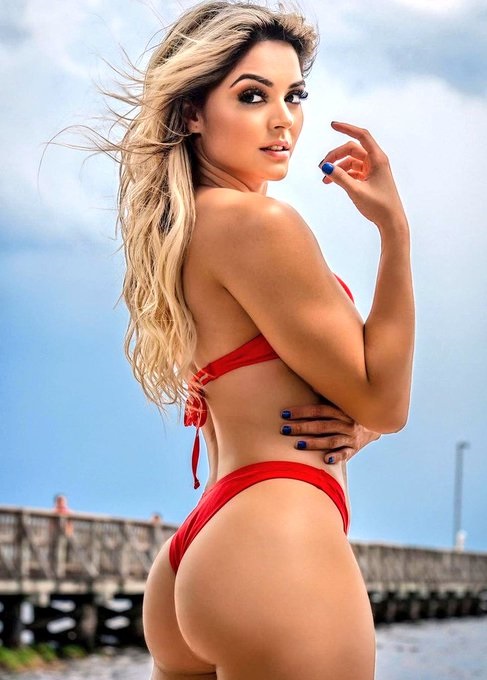 – Melo grew up in the infamous Rio de Janeiro favelas
– Melo is a legitimate black belt in judo and blue belt in jiu-jitsu
– Prior to beginning her wrestling career, Melo was a regular in national and international judo competitions and participated in the Brazilian Olympic trials for the 2016 Olympic Games
– Melo signed with WWE in 2016 and would be given the name ‘Taynara Conti’
– Conti debuted for NXT in a battle royal on May 13, 2017 in Dade City, Florida
– Conti competed in the 2017 Mae Young Classic, but fell to Lacey Evans in the first round
– Conti returned for the 2018 Mae Young Classic, defeating Jessie Elaban before losing to Lacey Lane
– In September 2019, Conti lost her surname, becoming known simply as ‘Taynara’
– Taynara was released from her WWE deal on April 20, 2020. She claimed to have requested her release months prior, only to have had the request denied at the time
– Tay Conti debuted in AEW in the Women’s Tag Team Cup, teaming with Anna Jay, who would become a good friend and regular partner
– Conti officially signed with AEW on September 9, 2020
– At New Year’s Smash 2021, TayJay (Conti & Anna Jay) defeated Penelope Ford & The Bunny in a Street Fight
– On April 30, 2022, Conti & Sammy Guevara defeated Los Vipers (Chik Tormenta & Arez), Maravilla & Latigo and Sexy Star II & Komander to win the AAA Mixed Tag Team Titles
– On the August 10 episode of Rampage, Conti & Sammy Guevara defeated Dante Martin & Skye Blue to retain the AAA Mixed Tag Team Titles
– Later that month, Conti changed her ringname to Tay Melo
– On the All Out 2022 pre-show, Melo & Guevara defeated Ruby Soho & Ortiz to retain the AAA Mixed Tag Team Titles