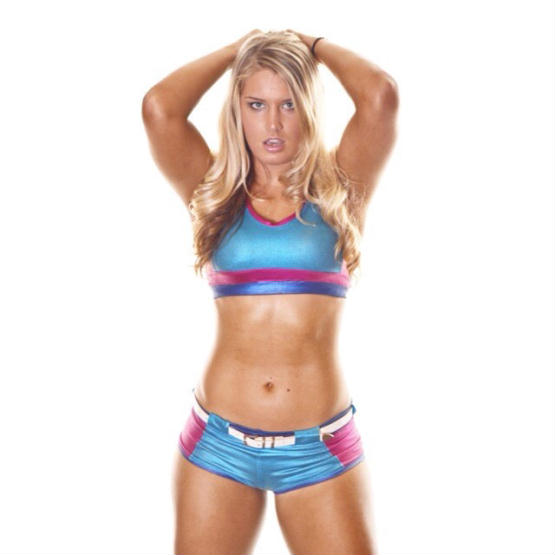 PWInsider.com has revealed the first 10 names of the 32-women Mae Young Classic tournament that will start taping next month. The tournament will air exclusively on the WWE Network.

These 10 women are: Zhao Xia, a mixed martial artist and the first Chinese woman at the WWE Performance Center; Mary Kate, who is under contract at NXT and is formerly known as Rosie Lottalove in TNA; Bianca Blair, also under contract at NXT; Danielle Kamela, a former cheerleader for the Arizona Cardinals and Phoenix Suns; Julia Ho, a mixed martial artist and model; Kimberly Frankele, also known as Kimber Lee and former CHIKARA champion; Lacey Evans, a former U.S. Marine; Victoria Gonzales, who is under a WWE developmental deal as well; Sarah Logan, formerly known as Crazy Mary Dobson; and Taynara Melo, a Brazilian judoka under a WWE deal.

Tapings for the Mae Young Classic will take place on July 13 and 14 at Full Sail University in Winter Park, Florida, with the finals taking place in September.