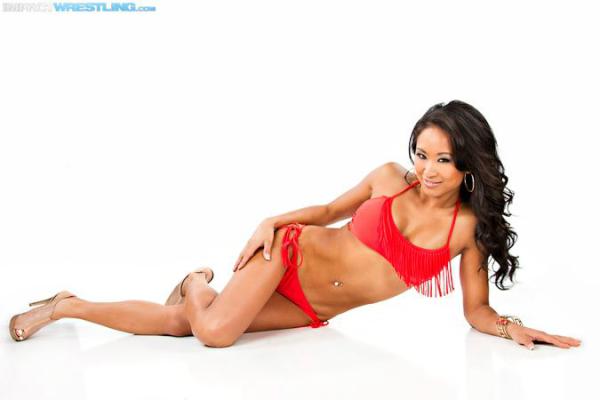 The Impact Wrestling Hall of Famer recently spoke with former WWE writer Kevin Eck, and according to Eck, in 2011 Vince McMahon said several times that “no one wants to see the girls fight like the guys.”

Well, obviously Vince has been proven wrong thanks to the hard working women that are currently on the WWE roster, and Triple H has been the one pushing for the women to get opportunities.

When Kim parted ways with WWE in 2011, she eliminated herself from a battle royal on live TV to see if anyone would notice, then she asked for her release. According to the former Knockouts Champion, Triple H gave her some words of encouragement on her way out the door.

“It wasn’t politically correct to say out loud, nor would they say that straight up, but — I’m not going to say which agent said it — but they would tell us that Vince doesn’t like that. I remember specifically a match I had on “Superstars” with Jillian [Hall]. We got seven minutes, which was rare back then — we usually got three minutes. There’s no way to tell a story in the ring in that time, so when we had a match on “Superstars” it was like a pay-per-view match [laughs]. Jillian and I had awesome chemistry, so we’d want to wrestle. We wanted to do a superplex off the top rope, and the agent — again, I’m not going to name names — said, “Go ahead. I’ll take the heat for it,” because he knew Vince wouldn’t really be happy with that.

Now I heard WWE has announced a Money in the Bank match for the girls. I honestly feel like [Triple H] has done so much for the girls, because he started that whole thing in NXT with the Four Horsewomen. When I left WWE, he was one of the people who was so positive. He told me, “You’re talented and don’t let anyone else tell you any different.” I was very flattered and glad that he respected women’s wrestling.”