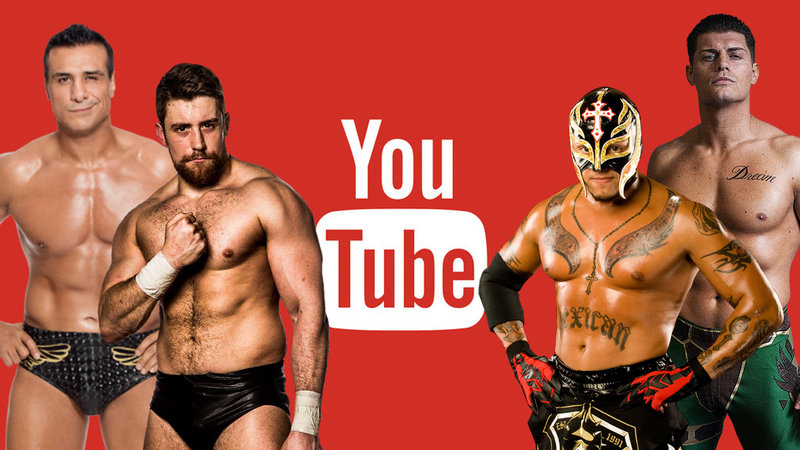 THE DISCLAIMER
I’m both a huge wrestling fan and an indy booker. I love wrestling. There, we’re covered.
THE SETUP
On March 2017, YouTube underwent changes to its algorithm. You know, the piece of code that decides how content is organized, which videos appear on searches first and – most importantly here – what content is fit for advertisers.
This came on the heels of a potentially big advertisers’ boycott of YouTube, as many learned their ads were running in videos that contained and featured several forms of hate speech, among other inappropriate content.
For the record, there’s nothing wrong with that. Hate speech deserves nothing but 100 times the reception John Cena got at the Hammerstein Ballroom at One Night Stand.
THE PROBLEM
YouTube’s algorithm (which is still being worked on) seems to broadly consider pro wrestling inappropriate content.
While I don’t particularly enjoy watching Stephanie McMahon slap and emasculate wrestlers, I wouldn’t call it inappropriate content. And I certainly wouldn’t put it on the same level as racially or politically-motivated hate speech.
If pro wrestling were that inappropriate, it wouldn’t run on platforms like the USA Network.
The changes made by YouTube are, I believe, exaggerated.
THE CONSEQUENCES
The pro: YouTube avoids an advertiser exodus.
The con: YouTubers, Internet businesses and even big companies that work on topics like video gaming, social issues and our near and dear pro wrestling, are losing the revenue previously channeled to them by YouTube’s advertisers.

Why? Because the advertisers don’t want their ad money on “inappropriate content”.
Several wrestling promotions have openly stated this course of action by YouTube had a very real impact on their ability to do business.
At the top of the list, is WhatCulture and its WCPW brand, which made clear it was cancelling its WCPW Loaded tapings – which are broadcast via YouTube – and attributed the cancellation to YouTube’s changes.
The changes not only make it virtually impossible for them to receive money from ads on their videos, but also make it harder for them to be found by users – YouTube has also launched a “Restricted Mode” feature, designed to “protect” users from inappropriate content.
According to Cageside Seats, other indy companies, like AIW and Beyond Wrestling, have also pointed out problems and difficulties arising from these changes.
THE BOTTOM LINE
While I certainly wouldn’t want my own money for video ads to be used in the middle of videos promoting racism, I fail to see how an ad before/during a bad ass promo segment or a potential match-of-the-year performance doesn’t provide a viable and engaging platform for advertising.
(See amount of commercials that run during WWE Raw on the USA Network.)
WCPW recently uploaded a totally free Rey Mysterio/Alberto El Patron match, which drew over 1 million viewers. But only $43 in ad revenue.
For the entertainment level they are providing, WhatCulture Pro Wrestling and many other hard-working promotions deserve a return becoming of the content they put out – and the views it has the ability to generate.
MY WISH AND MY PETITION
I think it’s only a matter of time until YouTube realizes pro wrestling is NOT inappropriate content. Their changes are, after all, a work in progress.
But why wait? Why wait when wrestling promotions are feeling the crunch RIGHT NOW?
Why don’t we just take the question to YouTube. RIGHT NOW.
SIGN MY PETITION
And let’s get wrestling promotions some money for their hard-earned work inside and outside the ring.

Link to the petition if you wish to sign
https://www.change.org/p/google-inc-youtube-remove-wrestling-from-offensive-content-list