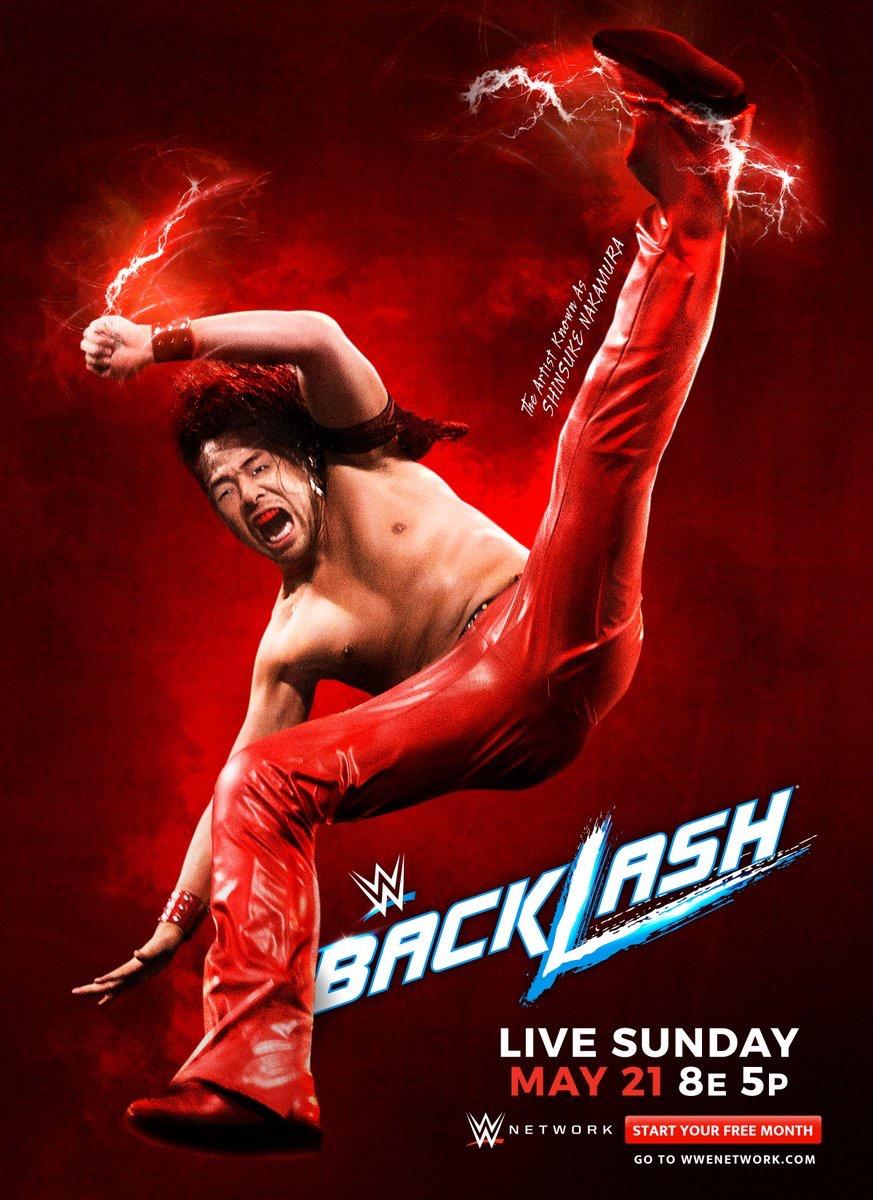 We go live into the Allstate Arena in Chicago, Illinois and Renee Young, Peter Rosenburg, and Booker T welcome us to the show. Renee throws it to Dasha Fuentes in the Social Media Lounge and she informs us that her guest later tonight will be Sami Zayn. We then see Shinsuke Nakamura’s locker room and then take a look at the video hype package for the match between Nakamura and Dolph Ziggler. Booker says Nakamura’s name rings volume and compares him to The Great Muta. Rosenburg says he is excited to finally see Nakamura get to work in the ring tonight. Booker says Nakamura will take it to another level tonight and Ziggler will have to take it to another level tonight. Rosenburg and Booker both say that Nakamura has more pressure on him and must get the win tonight, but neither officially make a prediction.

We see interview with Tye Dillinger and Aiden English, who are in tonight’s preshow match. Dillinger says he is finally coming back to Chicago and is excited, but English interrupts. English says Dillinger has interrupted him twice on Smackdown Live, but he will debut his best piece yet, The Perfect Downfall, when he beats Dillinger. Dillinger says he will deliver another beat down to English and throws him a tissue and tells him to try not to cry about it.

James Ellsworth has joined the panel. Ellsworth says The Welcoming Committee is feeling great. He says they have left Smackdown Live standing tall over Charlotte Flair, Becky Lynch, and Naomi over the last few weeks. He says he is the homeboy of the Welcoming Committee and reminds us that he has beaten AJ Styles three times. He says he comes up with the plans and they always works. Ellsworth says his girl, Carmella, has two victories over Naomi and they want her to have a match for the WWE Smackdown Women’s Championship. He is asked about his relationship with Carmella, and he says she is his homegirl. He gets a call from Carmella and leaves. Rosenburg says The Welcoming Committee will win tonight and Booker agrees.

The panel talks about the match between Baron Corbin and Sami Zayn. Booker says Zayn has the biggest heart of anybody on the roster, but Rosenburg says that won’t matter against Corbin. Booker and Renee pick Zayn to win, while Rosenburg goes with Corbin. Talk then transitions into the match between The Usos and Breezango. Booker says he is not a fan of Breezango because they joke around to much and he likes The Usos because they take everything seriously. Rosenburg goes to speak, but Erick Rowan walks up and stands behind the table before walking away. Rosenburg and Booker both pick The Usos to retain the titles.

We see the video hype package for the match between Kevin Owens and AJ Styles. Rosenburg says people may love Owens, but Styles is the best Superstar in the WWE and says their match will be the Match of the Night tonight. Booker says Styles has delivered since he has been here, but says he is not the best in the locker room. Booker says this is a dream match and everyone will remember where they were when this match took place. Booker picks Owens to retain, while Rosenburg picks Styles to win the United States title.

We join Dasha Fuentes and Sami Zayn in the Social Media Lounge. Zayn is asked if he thinks he has a chance of beating Baron Corbin tonight. He says he is the underdog, but beating Corbin will prove that he shouldn’t be. He is asked if he has gotten better opportunities since coming to Smackdown Live. He says there have been more opportunities to get in the ring with different guys and it’s a fresh start. He is asked his secret for always having a positive attitude. He says he recovers well from tough losses, but he wouldn’t say he always has a positive attitude about everything. Back to the panel, and they begin talking about the match between Erick Rowan and Luke Harper. Rowan walks up again and sits down at the table again. He pulls sheep masks out of his bag and crumbles them up. He steals Rosenburg’s handkerchief and stuff it inside another mask. He puts the mask on and pats Rosenburg on the back before he leaves. The panel then talk about the match between Jinder Mahal and Randy Orton. Booker says Mahal is ready to go and Rosenburg says Orton is sometimes known for not stepping it up in matches, but he better step it up tonight. We then see the video hype package for the match as the Backlash Preshow comes to a close.