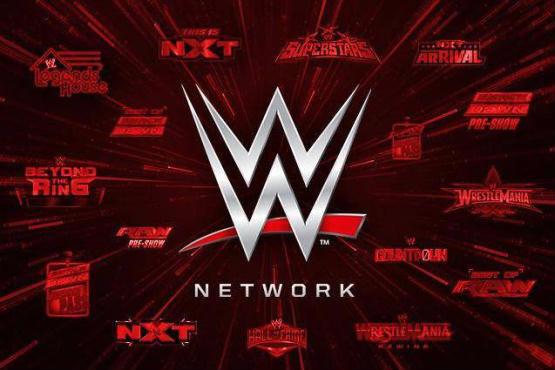 * The call opens with Weitz going over the basics. He hands the call over to Vince. Vince says WWE has obviously delivered pretty strong a revenue growth of over 10%. Vince says live event attendance has always been his barometers since day one and he touts the live event success. Another barometer he always uses is content, and he touts the number of video views the content has had. He touts the increase in social media followers, which he believes shows the power and the health of the brand. Vince says the business is very healthy and bodes well for the future.

* Barrios goes over the press release and mentions how they made more money this quarter but production costs for the WWE UK Title tournament and Holy Foley cut into profits. Wilson takes over the call next. She mentions 4 billion video views across their various social media platforms and mentions new WWE 24 episodes and the women’s tournament coming soon. She also mentions the success of “our” UpUpDownDown and Bella Twins YouTube channels. She also mentions some of WWE’s new top level sponsors, including KFC, Nestle, Cricket Wireless Mars/Snickers.

* Barrios takes back over and says they are projecting at least 1.63 million WWE Network subscribers for the 2nd quarter.

* It’s time for questions from investors now. They’re asked about expanding in China and India. Barrios says they have been working on e-commerce in those markets. He also mentioned WrestleMania 33 airing in China in English and Mandarin. They were asked about renewal dates for the RAW and SmackDown TV deals and when they would start negotiating new deals. They are not commenting publicly on negotiations but the domestic deals expire in the final quarter of 2019 while the UK and India deals expire 3 months later.

They’re still high on free trials of the WWE Network as those bring sign-ups. They are still going strong in markets like India and the Middle East.

The UK Title tournament was a large success for them locally and with their subscribers around the world. Wilson says Triple H and his team continue to look at local talents in the UK to expand but they still have no announcement on a weekly TV show, but it is in development. Triple H and his team are also working on the 32-woman tournament to debut some time on the WWE Network in the 3rd quarter.

Barrios mentioned how they have a stronger connection with fans than ever before, due to the Network, because they are able to super-serve the fans in ways they couldn’t do before. They feel good about the Network as long as they are growing every quarter and they still believe they will reach 3-4 million subscribers.

A caller asked Vince to answer if the company is really growing or if they’re just trying to serve the more diehard fans. Vince said there is a huge ongoing effort to grow the base. He credit Stephanie McMahon and Michelle with their work to attract the various audiences. They continue to grow and invest in all aspects but the Network helps super-serve the diehards. Barrios mentioned how they will continue to invest in creating content, especially local content because they feel that is very important. They will also continue to invest in the tech and date side.

They were asked about the RAW ratings being down and what they need to do to fix that going into USA Network negotiations. They worry more about the level of fan engagement, not the TV quarters. Barrios mentioned having great talents split between two brands and noted that one may be doing better than the other at times, but they are excited about what goes on with RAW and SmackDown.

Wilson mentioned how the Nielsen’s ratings is not their only tool to measure with these days. They are not worried about social media being cannibalistic to TV and the WWE Network. They see social media as a rising tide and don’t believe it takes away from traditional viewing. Their goal is to engage the younger generations and bring them over to long-term viewing.

Wilson also noted that they are looking at possible E-Sports gaming with their video game partners, mainly 2K. Wilson, after praising Stephanie for her work with branding, talked about how their content has been family-friendly since 2008 and how they will continue to get the message out about being family-friendly.

A caller asked about local content and mentioned Jinder Mahal getting pushed on SmackDown, asking if his push has already translated to success in India. Barrios almost dodged the question but noted how similar characters do have some popularity in local markets, and it can’t hurt in India, but they like to let the storylines play out. They do feel that localized programming and in-ring content is what fans are wanting more of.

That’s it for the call.