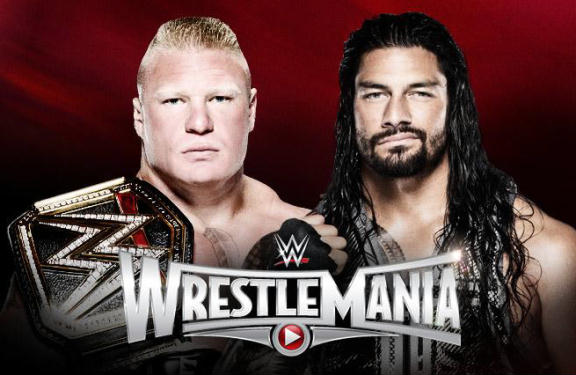 Roman Reigns had the following to say about wrestling Brock Lesnar at Wrestlemania 31:

“I knew he wanted to get straight to the (Suplex) City, and I was like, ‘F–k it. Here we go!’ And nobody does this, like, it was ‘Ding, ding, ding’ and I went right into him. For me, it was just about taking that ass-whooping and I’m thankful to Brock because he (has) got a name. Brock is legit, ‘I’ll break your face and I’m not scared to go in there and have someone break mine’. I’ve seen him crush people. I’ve seen him get his ass whooped too, by who was it? (Cain) Velasquez or whatever. But just to have the balls to go out there and like do that, you’ve got to be a man and I respect him, I respect his name, and the fact that he went out there and he built it.”