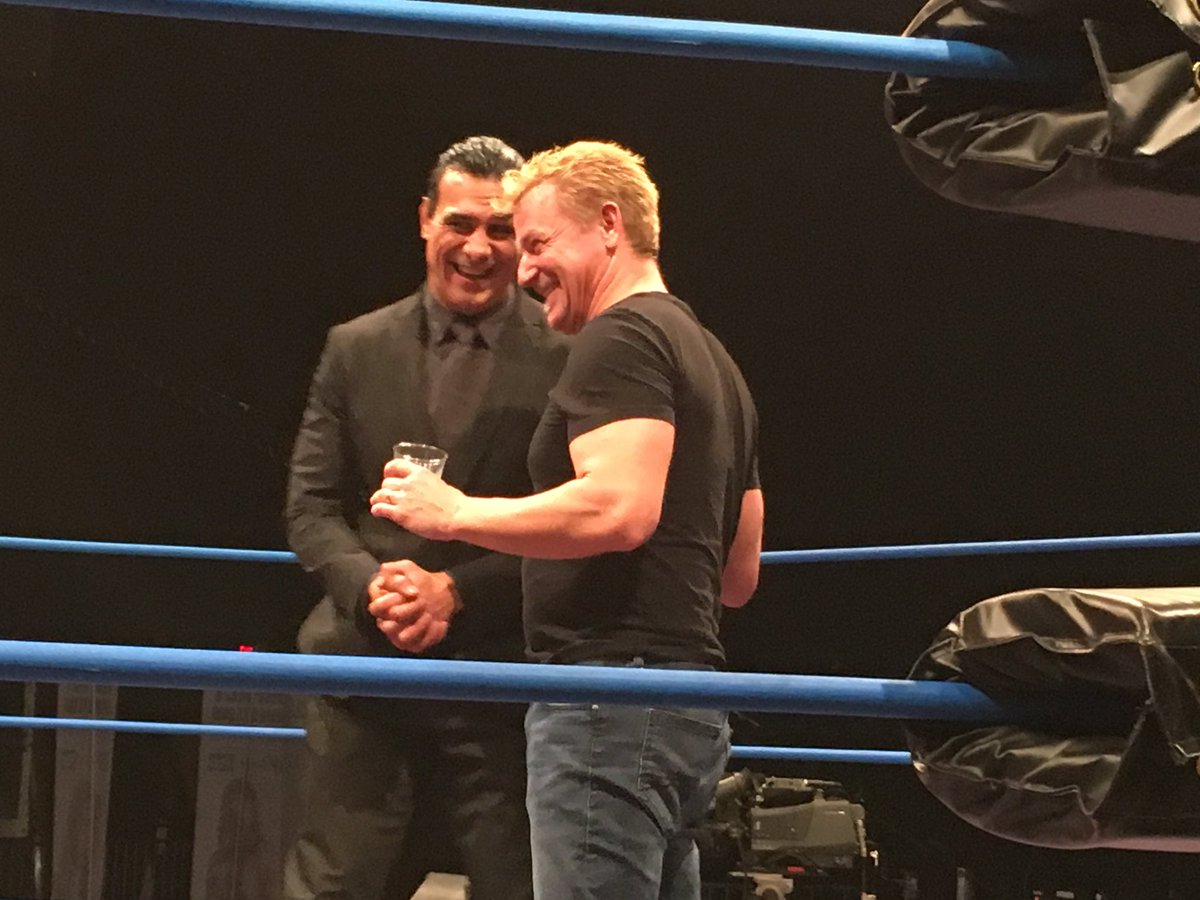 Obviously this is a photo from the Impact Wrestling tapings last night. The tweet implies that Alberto el Patron would appear on last night’s episode, but the tapings are scheduled to start airing next Thursday night on Pop tv.