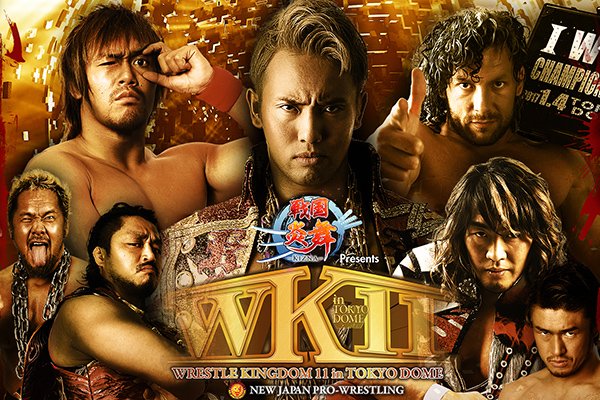 “SAKURA GENESIS 2017” will be held on April 9 at the Ryogoku Kokugikan.

“Wrestling Dontaku 2017” will be at the Fukuoka International Center on May 3.

The finals of this years BOSJ will be on June 3 at the Yoyogi 2nd Gymnasium in Tokyo.

DOMINION will be held on June 11 for the third years in a row at the Osaka-Jo Hall.

The opening of the G1 CLIMAX was announced to be held in Hokkaido on July 17. With the final stages at Ryogoku on August 11, 12, and 13.

New Japan also announced their return to the USA on July 1 and 2 in Los Angeles. The shows have been dubbed “G1 SPECIAL in USA” as they will prelude the following tour in Japan.

(9) IWGP Intercontinental Championship Match: [15th Champion] Tetsuya Naito vs. [Challenger] Hiroshi Tanahashi
◆Winner: Naito (25:25) following the Destino.
~ 2nd successful title defense.
~ Despite his best effort to kickstart his career Tanahashi, now 40 years old, succumbed to Naito who had just as much to lose as his career has yet to reach its climax. The champion prevailed following a solid match and even showed of respect against his bitter rival in the ring.

~ Elgin came forward to challenge Naito during the backstage interview.