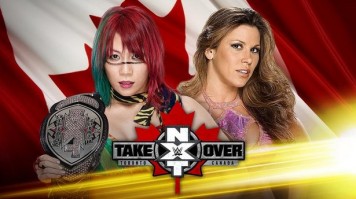 At Thursday night’s NXT tapings at Full Sail University, it was revealed that Mickie James will challenge Asuka for the NXT women’s championship on November 19th in Toronto at the next Takeover special. It will be James’ first WWE match since 2010.

They have also added a singles match between Bobby Roode and Tye Dillinger to Takeover after Roode’s walk out during their match with Sanity, which aired on this week’s episode.

The tapings also featured the debut of Roderick Strong, who was the mystery partner of Austin Aries for the Dusty Rhodes Tag Team Classic tournament.