WWE No Mercy Coverage: The Miz vs. Dolph Ziggler 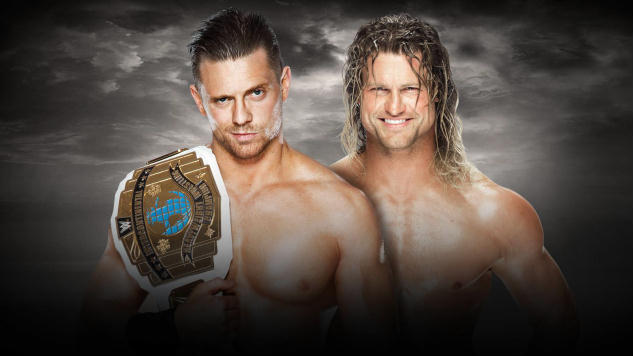 We see Randy Orton backstage. He looks into a mirror and his face becomes distorted. He shakes his head and it returns to normal and he looks perplexed.

We join the preshow panel and Booker says he called it earlier when he said AJ Styles would retain the title. Lita says she is proud of Dolph Ziggler and Lawler says one victory for a Clevelander is another defeat for Cleveland’s favorite son in The Miz. We take a look back at Curt Hawkins’ debut on the preshow earlier tonight, where he said he will have his first match this coming Tuesday on Smackdown Live. We then take a look back at the 8-Man Tag Team Match form the preshow, which saw American Alpha and The Hype Bros defeat The Vaudevillains and The Ascension.

Alexa Bliss’ music hits and she comes to the ring and grabs a microphone. She says Daniel Bryan and Shane McMahon are protecting Becky Lynch. She brings up Becky’s “non-ring action related injury” and makes fun of Lynch. She says the real reason that Becky is not here is because she is scared of Alexa. Naomi’s music hits to interrupt Alexa.