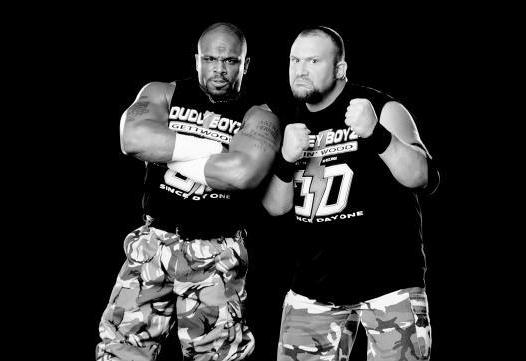 It’s been confirmed that the Dudley Boyz farewell segment on WWE RAW was legit, and the tag team is once again gone from WWE.

It was recently reported that Bubba Ray Dudley and D-Von Dudley both signed new deals with the company but according to PWInsider, they just agreed on terms for a new deal and some time in the past 7 days, the two sides amicably agreed to part ways as the contracts had not yet been officially executed.

It was agreed that the former Tag Team Champions would finish up on last night’s RAW and do the angle with The Shining Stars, Luke Gallows and Karl Anderson. The beatdown with The Club was done to put some heel heat on them for ruining the big farewell, and to leave the door open for a potential match if The Dudleyz make a return.

Bubba and D-Von returned to the backstage area after the angle and the entire RAW roster, including officials and the McMahons, were waiting for them with a standing ovation.

No word yet on what is next for Bubba and D-Von but we will keep you updated. They continue to run their Team 3D Wrestling Academy in Florida but as of now, they are once again free agents.