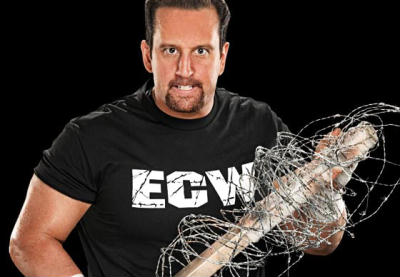 Former ECW, TNA and WWE superstar Tommy Dreamer was backstage at Tuesday’s Smackdown tapings in Grand Rapids, Michigan. The Wrestling Observer reports that WWE wanted the “innovator of violence” to sign a contract to be apart of the brand split. However, it appears WWE wanted him sign a deal that would prevent him from continuing to run his independent House of Hardcore wrestling promotion. The report did not indicate if Dreamer signed a deal or not.