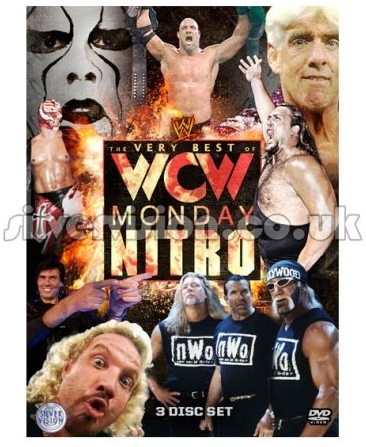 – On September 4, 1995 WCW decided to go big and debuted WCW Monday Nitro on TNT to go head to head against WWE’s Monday Night Raw. The live broadcast – which started as a one hour show, then two, and then eventually expanded to three – gave WWE a run for its money, beating Raw in the ratings for 84 consecutive weeks. WCW Nitro was the home of some of the most important moments in wrestling history, including the arrival of Scott Hall and Kevin Nash to start the nWo revolution, Sting’s transformation, Goldberg’s unbeaten streak including winning the WCW title against Hogan at the Georgia Dome, Arn Anderson’s retirement, and much more. Now all the 288 episodes – from the very first one up until to the surreal last episode from March 26, 2001 – are on the WWE Network in the Vault section. The full Nitro library joins all the WCW pay-per-views on the Network with Thunder expected to join the Network soon. The WWE Network is free for the first month for new subscribers and you can subscribe at http://w-o.it/wwentwrk. Subsequent months will cost $9.99.