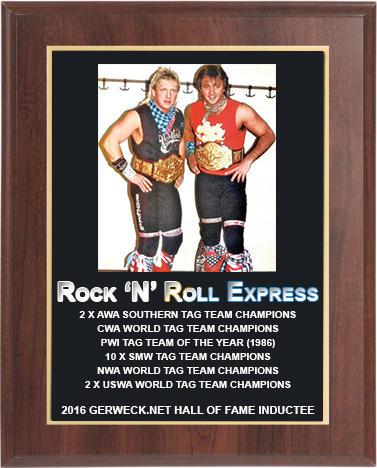 Should The Rock ‘n’ Roll Express be inducted into the GERWECK.NET Hall of Fame?

Congratulations to Ricky and Robert! The Rock ‘n’ Roll Express become the eighth tag team to be inducted into the GERWECK.NET Hall of Fame, joining The Road Warriors, Demolition, The Dudley Boyz, Harlem Heat, The British Bulldogs, The Midnight Express and The Steiner Brothers.