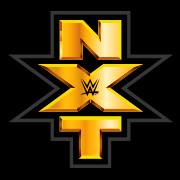 Thanks to Will Henderson (@willh94) for texting us the following WWE NXT TV spoilers from tonight’s tapings at Full Sail University:

* The show opens with a recap of “Takeover: The End” and a backstage promo from NXT Champion Samoa Joe. Joe says tonight is the beginning of his dominance and there’s no question who the true champion is now

* The Authors of Pain with Paul Ellering destroyed 2 jobbers in a brutal squash match. Their finisher is a clothesline/reverse Skull Crushing Finale

* TM61 (announced as TM Six One) defeated Blake and Murphy without Alexa Bliss. Shane Thorne ducks a clothesline from Blake, who hits Murphy instead. TM61 get the win with their double team finisher on Blake. Murphy berates Blake at ringside after the match

* Andrade “Cien” Almas defeated Tye Dillinger in a Takeover rematch. Good match, better and longer than their match at Takeover. Unfortunately for Andrade, Tye is insanely over at Full Sail and the crowd was very split with audible loud boos for some of Andrade’s spots. Andrade did get a big pop at the end when he won

* Finn Balor comes out for a promo in street clothes and talks about the first time he saw NXT, and that NXT became a part of who he is. He asks what’s next for Finn Balor? Fans start a huge Balor Club chant and he responds with “Too Sweet.” Shinsuke Nakamura interrupts. He says Balor wants some, and he wants some. He watched Balor become the icon of NXT and Balor is still an icon. Nakamura wants a match and says to be champion, he has to beat Balor. Balor says he knows what’s next, it’s Shinsuke vs. Finn!

* Oney Lorcan (Christopher Girard, Biff Busick) defeated Tye Dillinger in a stiff, aggressive and solidly good match. Dillinger got distracted by the crowd chanting 10 during his corner punches, which led to Lorcan hitting a neckbreaker for the win

* No Way Jose defeated Josh Woods in a quick match. Austin Aries interrupted Jose’s post-match celebration. Aries says in this industry, you’re not defined by your wins, but your defeats. He says he was defeated while he was not 100% and that even though he had bruised ribs, a real guy doesn’t make excuses. Aries says he and Jose talked after the match, and says he wondered what he could learn from Jose. Aries says he learned it’s all about having fun here at NXT. They dance over to the announce table, where Aries kills Jose with a rolling elbow and then beats him down.

* A huge Aries chant breaks out and he runs back, kills Jose with a Last Chancery on the ramp until the crowd boos him

* Tye Dillinger comes out and complains that he is better than having lost 2 matches tonight. He says the show stops until he gets his. He calls Andrade “Cien” Almas out and a match instantly starts. Tye walks out after Andrade does the Tranquilo rest in the ropes spot, then comes back in only to get tossed back out. And leave. Not sure if this will air or if it was a re-shoot of some spots from their earlier match

* Shinsuke Nakamura defeated Murphy in a fun little match, just below the two I saw them have in Atlanta/Nashville this weekend

* Johnny Gargano and Tommaso Ciampa defeated Zack Ryder and Mojo Rawley in a good match. Ciampa and Gargano cut a promo after the match saying they should be next in line for a NXT Tag Team Title shot. American Alpha interrupt and say no offense, but they’re next in line to get their rematch and that whenever Gargano and Ciampa get their shot, it’ll be against them. Chad Gable and Jason Jordan promise to get their revenge on The Authors of Pain but first, they’ve got unfinished business with The Revival, who come out and say they dictate the terms of who gets a shot. NXT General Manager William Regal comes out and announces Alpha vs. Revival for a 2 of 3 Falls Match next week. The Authors of Pain attack Alpha after Regal’s announcement. Gargano and Ciampa try to make the save but get destroyed. The Authors lay out Alpha with their finisher and then Ellering comes out on stage to call them to him

* NXT Champion Samoa Joe defeated Oney Lorcan (Biff Busick) in a solid main event. Joe kicked out of Oney’s neckbreaker that Tye lost to. Joe won the match with a Musclebuster to end the tapings