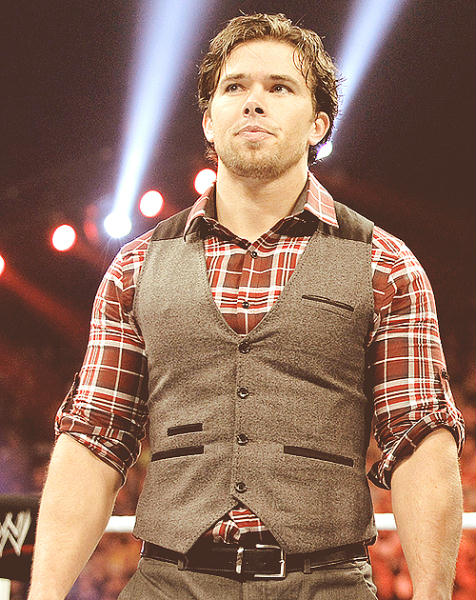 Former Raw General Manager Brad Maddox was the latest guest on the Pancakes and Powerslams Show. He had much to share about the backstage demeanor and frustrations in the Creative process, which led to the departures of CM Punk and Cody Rhodes, and the current absence of Ryback.

– It does get very frustrating. Communication gets very muddy, and I think a lot of guys feel a little trapped. Almost like they can’t defend themselves within the constructs of the company. So, when you have a system like that, you’re gonna continue to have outbursts, and some are going to be more public than others, depending on the frustration level. That’s just the system that they’ve set up, so they’ve gotta deal with whatever happens.

On the backstage environment:

– I think the main disconnect is that you grow up watching Stone Cold or The Rock and you think it’s super awesome. Then you get on the road and you’re traveling 300 days a year and you have to drive 300 miles in between shows, there’s so much stress. Just booking travel, just that by itself, booking hotel rooms every night and booking cars, paying for all your travel, is a constant thing. I got caught up into it as well, I got sick of a lot of the aspects of it when I was there. It’s a bit different when you get there than what you think it will be.

That’s the thing about the system is that you can’t really take breaks, especially if you’re in a decent spot. You gotta stick it out, and ride it out until they’re not writing you anymore, because if you pull out – unless you’re [John] Cena or The Undertaker – you lose your spot. So if you want to take a vacation, good luck getting back into the rotation. So it’s a little stressful in that regard as well.

I which I can take back every promo I did on Raw or SmackDown, because I was always handed an exact word-for-word script, full pages written out. My first promo killed me, because I was trying to memorize every word of it. You only have a few hours to memorize a page of words, and try to make it seem at all genuine, which is not easy. Every now and then I would ask the writers, ‘Do I have to say this exact thing?’ They would say, ‘Well. It was written by Vince himself, so yeah.’

There’s a bunch of writers, and they would be interchangeable depending on the week or the month. [There is sort of a high turnaround], and I wouldn’t know what would happen to these guys, whether they would get sick of it and quit, or what. I know they were frustrated as well, because everything has to be run through Vince or [HHH], so they didn’t have a lot of freedom themselves. I’m sure they’re talented [writers], but they really didn’t have a job to do, other than run back and forth between performer and Vince.

– Randy [Orton] would get angry at something in a match. I remember a few instances when I was a referee, so I was in [the Gorilla Position] a lot of the time. A few times he would say things or threaten other guys, like right there in Gorilla, and I would be standing there with my eyes wide open, not believing that he is saying this in front of all the producers and in the same room with Vince. I was kind of amazed by that.

Maddox also explains how he “hated the referee thing”, how Paul Heyman influenced his career, his Raw GM stint, meetings with Vince in the bathroom, and more.

Full interview, at this link: http://www.blogtalkradio.com/pancakesandpowerslams/2016/06/01/pancakes-and-powerslams-episode-218

***Show also included a Raw and SmackDown Mock Draft with Steve Juon from the Wrestling Observer and Angry Marks.***