Charlotte on What She Does to Stay In Shape, Who She Goes to For Help Backstage 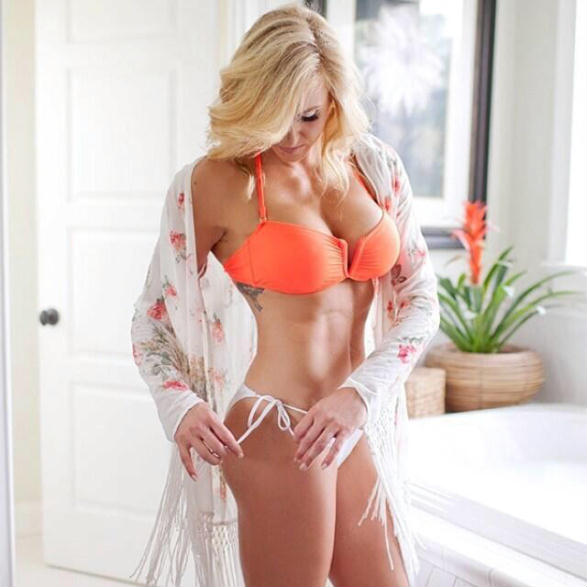 WWE Women’s Champion Charlotte recently sat down with FOX Sports Australia. The full interview is at this link. Below are highlights:

Who she goes to when she needs help:

“I don’t go to my dad a lot because one he’s my dad and he’s bias. It’s hard because my dad comes from a different era and when I first started in development he was very much hands off. He wanted me to learn on my own so there were people I grew close relationships to. Sara Del Rey was my coach, Norman Smiley, Terry Taylor, Fit Finlay, Arn Anderson, John Laurinaitis — those are just a few I’ve gone to when I’ve needed help. We have Lita (Amy Dumas) now as a producer on the main roster. I’ve been learning from each person and working out what works best for me.”

“The struggle is real. The way that I look at it — my character Charlotte — I came up with the slogan genetically superior, being in physical shape is important to me but part of my job. When I’m on the road I see it as part of being at the office. When I land I’ll go to the gym and train and then go to the grocery store, pick up what I need and go to the show. That’s my work day. I don’t look at it as extra. This is part of the job. You want people to invest in you so I need to invest in myself. Being in shape is part of my success so far.”