Goldust on 8 Years Clean and Sober, Lilian Garcia on Her Father, Andre the Giant’s Birthday 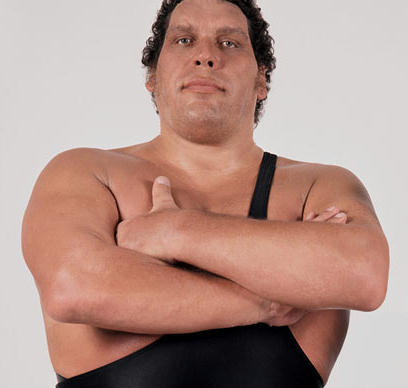 – Lilian Garcia posted the following update on her father:

As I mentioned on my previous blog, my father has Bladder cancer and Multiple Myeloma. Since March, my parents have been living in California with my husband and I as he is getting treated at City of Hope Hospital. He has asked me to share his journey in hopes that it helps anyone else who is also going through cancer.

Wednesday, May 18
After having a bad reaction to chemotherapy a few weeks ago & 2 emergency kidney procedures, my father was informed he couldn’t receive chemo any longer. Of course, this scared us as we thought that meant the doctors were giving up on him. That couldn’t be further from the truth! At City of Hope Hospital they look for further solutions and decided to include him into a clinical trial for a new drug called Atezolizumab. It is suppose to be less harsh on the body than chemo and a way to increase your own immune system to fight off the cancer. What is so amazing is that today, as my sister, Dalia and I were in the doctors office to sign the papers for the study, it just so happened the doctor received word right there and then that the drug had been FDA APPROVED! Wow!! We literally broke out in tears and started cheering! This is history in the making!! This approval is such a big deal for millions of people cause it means there is another option for fighting cancer besides chemotherapy! And now instead of my dad having to wait weeks to get approved for the treatment, he has been scheduled to start it next Wednesday!!

I want you all to know that I have read all your hundreds of get well wishes on Twitter, Facebook & Instagram. I’ve also read them out loud to my father who lite up hearing each one of them. Having your love and prayers has given us the strength to battle this as a family. Please keep them coming and I will keep you updated with his progress!! From my family…GRACIAS!!

– Goldust is celebrating 8 years of sobriety today. He tweeted the following:

8 yrs ago today I decided I needed help. Drugs and alcohol consumed me and everything I did on a daily basis. 8yrs ago I said NO MORE. Clean

Please don't let drugs and alcohol consume you. Believe me when I say this. Your life means something to someone in this world. #CleanIsCool