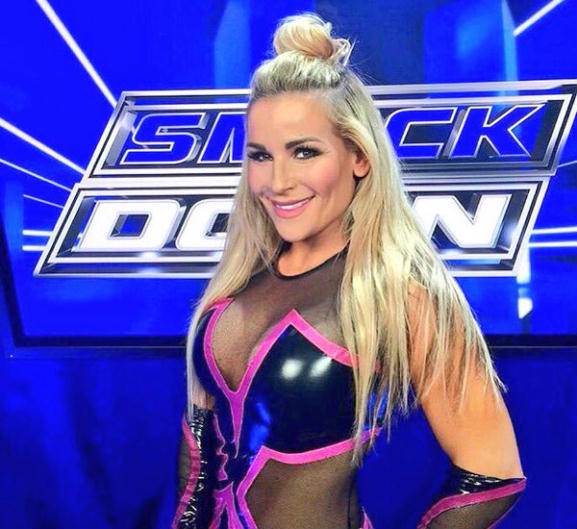 Kansas City, Mo. — On Monday’s Raw, Stephanie McMahon’s cancelation of the “Ambrose Asylum” and reintroduction of the “Highlight Reel” served as a prelude to aruthless assault by “best in the world at what he does” on The Lunatic Fringe. Relishing in his adversaries’ injuries, Chris Jericho kicked off SmackDown by making it clear that Dean Ambrose wouldn’t be on the show. Instead, the WWE Universe would get the “gift of Jericho.”

Bringing Sami Zayn onto his longstanding talk show, The Ayatollah of Rock ’n’ Rolla chastised his guest for attacking Kevin Owens on Raw and called him a “thief” for raising The Miz’s Intercontinental Title over his head. Mocking Jericho, Zayn made it clear that his actions had been in response to what KO did to him at WWE Payback.

The Miz and Maryse soon joined the party, looking to reassert himself while attempting to contain the InZayn. After taunting Miz by repeatedly touching his title, Zayn ridiculed Jericho and incited the furious host to storm away. In spite of the A-Lister’s continued demand for respect, Zayn continued to taunt the titleholder, until Maryse informed him that Miz would teach him a lesson — prompting an impromptu match between the two Superstars.

Following a war of words on the “Highlight Reel,” Intercontinental Champion Miz went to battle against a very game Sami Zayn. But as they fought, Kevin Owens opted to make a surprise entrance to add his voice to the SmackDown announce team. His presence was not destined to stay peaceful by a long shot, however. After a verbal altercation between The Prizefighter and Zayn, Owens attacked his onetime friend from behind and brought an end to the contest by disqualification.

A two-on-one assault by KO and The Awesome One quickly brought Cesaro into the mix to even the odds. But in spite of the fact that he was able to clear the ring of the aggressors, it is worth noting that The Swiss Superman accidently nailed Zayn when Miz sidestepped his attack. And in the end, Cesaro was holding the Intercontinental Title high above his head.

While Enzo Amore seems to be recovering nicely following the concussion he received at WWE Payback, his misfortune did allow The Vaudevillains to win the No. 1 contenders’ opportunity and the right to face The New Day for the WWE Tag Team Titles at Extreme Rules.

Meanwhile on SmackDown, Aiden English and Simon Gotch battled Curtis Axel & Bo Dallas of The Social Outcasts. However, seconds after the impressive combination swiftly disposed of their opponents Whirling Dervish, Big Cass emerged after the bell — disposing of both the victorious old school brawlers in dominant fashion, before also dropping Axel for trying to jump on his celebration.

At Extreme Rules, Natalya will look to rise above the controversy of the “Chicago Screwjob” with a Submission Match against Women’s Champion Charlotte — a showdown where The Dirtiest Player in the Game, Ric Flair, will be banned from ringside.

As the highly anticipated contest grows closer, The Queen of Harts joined forces with Becky Lynch against the reigning titleholder and the always dangerous Emma. In the height of the seesaw battle, Nattie made a huge statement by making the Australian Superstar tap out to the Sharpshooter while staring directly at Charlotte.

But what is the more devastating finishing maneuver: the Figure-Eight Leglock or the Sharpshooter? Find out when the two Superstars clash at Extreme Rules.

On Raw, Rusev eliminated Zack Ryder to win the United States Title No. 1 Contender’s Battle Royal. Well, SmackDown couldn’t come quick enough for Long Island Iced-Z, who looked to get some retribution on The Bulgarian Brute. It was not meant to be, however. After ripping through his opponent in dominate fashion, Rusev finished him off with the Accolade.

The action didn’t end there, though, as United States Champion Kalisto emerged in the aftermath and delivered a fast and furious hit and run to his No. 1 contender. Will he regret it? Find out this Monday night on Raw.

The Usos vs. Gallows and Anderson ends in No Contest

On Monday, though AJ Styles refused to use a chair to attack WWE World Heavyweight Champion Roman Reigns, his assault on The Usos provoked The Big Dog to unleash a furious assault on The Phenomenal One.

On SmackDown, Jey and Jimmy Uso once again went head-to-head against Luke Gallows & Karl Anderson, with both Reigns and Styles keeping watch at ringside. But when Anderson pushed the World Champion’s head with his boot as the black clad titleholder was checking in with his downed cousin outside the ring, The Big Dog attacked. This ignited a brawl between the six Superstars that forced the referee to throw out the match entirely.

But that would not be the end of the action by a longshot as the match was soon restarted as a Six-Man Tag Team Match.

After the main event tag team match pitting The Usos against Luke Gallows & Karl Anderson descended into chaos, the match was resumed as an explosive Six-Man Tag Team showdown!

In the height of the outrageous knockdown, drag-out contest that followed, Roman Reigns almost split Anderson in half with a Spear that ultimately brought the three-count. In the aftermath, Reigns and Styles were left in an intense staredown that promised things would get a lot more intense en route to the Extreme Rules WWE World Heavyweight Title Match.