WWE Hall of Famer Ric Flair In Airport Incident, Treated for Cut on His Hand 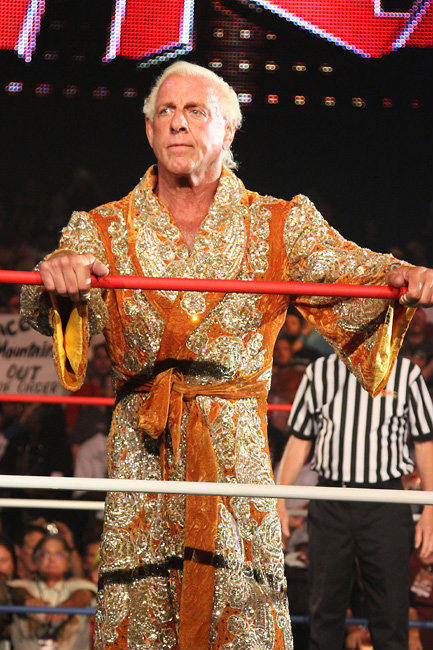 – TMZ reports that WWE Hall of Famer Ric Flair was treated for a cut on his hand at Logan International Airport in Boston this morning but witnesses reported very bizarre behavior as well. Flair reportedly stopped at Lucky’s Lounge inside the airport and several people said he was acting loud and obnoxious or “like a drunk person.” Another witness said he was “shambling about” and “having a tough time.”

Airport Police Sgt. Donlon told TMZ that Flair was not intoxicated. Sgt. Donlon said airport police received a call for a man with a cut on his hand, then police and medical personnel responded. Flair was treated, deemed not drunk and allowed on his flight.

Flair’s agent, Melinda Morris Zanoni, said he is fine and issued this statement:

“Ric has been working every day around the clock, including internationally, for a month straight and has injuries on his hand that were being looked into this morning. While it is true Ric Flair and his buddies have been keeping airport bars in business since the 70s that was not the case at all in Boston. I just hung up with Ric, he is already on the flight and all is good.”