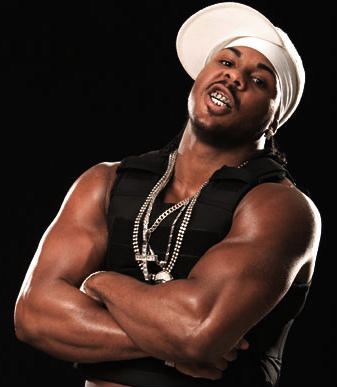 JTG was the latest guest on the Pancakes and Powerslams Show to promote he new book, “D**m! Why Did I Write This Book, Too?” Similar to the first one the book is filled with controversial stories that JTG shares throughout his journey as a WWE employee. This book was filled with compelling topics, and here are some highlights and passages from the book, followed by JTG’s commentary:

Passage: “I’ve also seen second-generation Superstars who wanted to use their real last names to pay homage to their fathers get slapped with ridiculous-sounding fake last names. They were pissed, but they said yes. They went along to get along.”

JTG: “For example, Mr. Perfect’s son. He was absolutely upset that he could not use his last name. His father is such a icon in the business, why would you not want to use the last name Hennig? And I saw how disturbed he was, that’s his father. Why would you slap on a name like McGillicuty? That is one of the top ten worst names in the world (laughs). McGillicuty? I knew he was very upset about that, but he couldn’t display that because he had to remain professional, and like I said, going along to get along.”

– When I first got there, he was always considered “office” to me. That’s what we call people who have a lot of political say and pulls some of the strings behind the scenes. He was always on that level to me. The same level as Stephanie or Shane or Vince, but he was just more active. So when he would put the suit on, it didn’t make a big difference. I always thought that he was more than a talent. He was in control in a lot of the situations behind the scenes.

Passage: (Legend) – “Hey you. Mr. Cryme Tyme. I want to talk you. You and your partner are a mockery to my business. I helped build this business
with my own two hands. If it was up to me, you all wouldn’t be here. We should have never accepted your kind in the business to begin with. I can’t wait to get every last one of you out. You’re a mockery! You hear me? A d**m mockery!”

JTG: “That quote was said by someone who was definitely under the influence. He was with his wife, was definitely under the influence, by the bar. Me being 21 or 22 [at the time], hearing him say that, and I so much respect for him in this business, this guy is a Hall of Famer, a legend, he definitely was a pioneer in the wrestling industry and definitely took it to the next level. But, when he said it, because of my respect for him and not being too much enlightened and having the knowledge of racism, or even being in total denial. At the time, I was definitely in denial. When he said that statement that he made, I thought that he was talking about rookies. Guys who were coming from OVW. That’s how I took it as, and that’s how I wanted to take it as because I didn’t want to think that this guy was a racist, I had so much respect for him. It wasn’t until the second time where he pretty much showed his cards and, at the bar again with his wife. I was like, wow, yeah, this guy confirmed to me that he is a racist, and I could not be in denial anymore.

When prodded to reveal more details of who the person was, JTG did confirm that he is popularly known by a catchphrase.

JTG also talked about a P Diddy character pitched to him by Vince McMahon, getting heat for not using his character in a video game tournament, Arn Anderson flipping out on them, and more.

You can listen to the full interview here:
http://www.blogtalkradio.com/pancakesandpowerslams/2016/04/20/pancakes-and-powerslams-episode-212