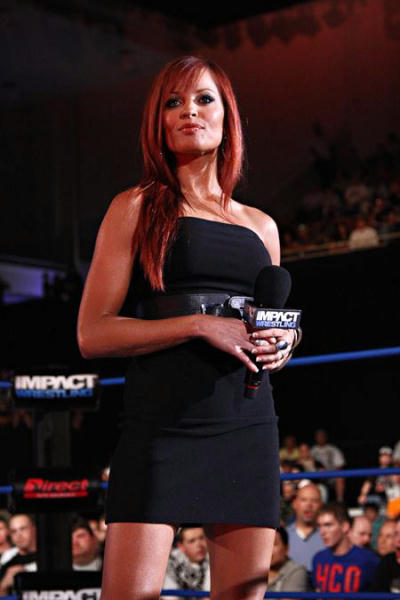 – Christy Hemme announced on Twitter that she’s officially finished with TNA. Hemme has worked as an in-ring talent, a backstage interviewer and had a role on the TNA creative team since first signing with the company back in April 2006.

Hemme, who gave birth in January 2015, reportedly gave notice to TNA in May 2015 that she was leaving to work a “great job” outside of pro wrestling. She did some angles last summer and ring announcing earlier this year but it appears she’s now done. She tweeted the following, thanking TNA and John Gaburick: