Lana on If She’s Interested In the WWE Women’s Title, Her Debut at WrestleMania 32, Training 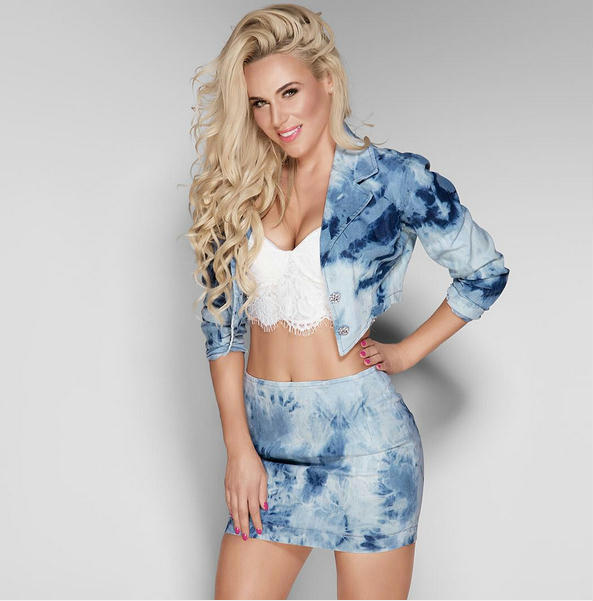 – Lana continues to train at the WWE Performance Center in Orlando after making her in-ring debut at WrestleMania 32. She spoke with the WWE website and told them that she will be wrestling on the current European tour with Team BAD & Blonde. Below are highlights from the interview:

WWE: What’s driving you to focus so intently on your in-ring training?

LANA: You know, and I see this in quite a few of the women and men, once they think, “Oh, we’ve reached it. We reached the main roster. We’re professionals!” — that hunger, that drive to keep on learning, to keep on perfecting your skill and getting better, they lose. I think that separates the good from the great, the icons from the good. And I want to be iconic.

WWE: Did you believe you were ready (for the match at WrestleMania)?

LANA: I know I can fight. I know I have kicks that can destroy people. Just because I haven’t gotten in the ring in my career, that doesn’t mean I’m not capable of crushing people. I’ve seen more in my career never having a fight than all those girls combined. Like, what girl stood face-to-face with The Rock? What girl stood face-to-face with John Cena? With Chris Jericho? With “Rowdy” Roddy Piper? I can keep going on and on. So, if you’re going to challenge me, criticize me, and you’re going to say I’m not good enough, then I’m going to kick your head off. Don’t push me.

WWE: The other big development that came from WrestleMania was the announcement and awarding of the new Women’s Championship. Is that title something you have your eyes on?

LANA: I don’t like telling people what my plans are because I have big plans. If I start saying “Oh, this is what I’m going to do” and “This is what I want to do,” then I know I’m a threat to other people. But I can promise you this: I will be the greatest woman to ever enter WWE, and I will leave the greatest legacy that WWE has ever seen.