The Undertaker is already sporting a pretty large shiner and he hasn’t even stepped foot inside Hell In A Cell yet! The former champ, whose long-running WrestleMania streak ended two years ago, was photographed with Madusa, Ric Flair, Scott Hall, Sean Waltman, and Tatanka and his black eye was pretty visible. The image was posted on Madusa¹s Instagram account. It’s not known if the black eye is the result from Monday’s brawl with Shane or an accident that occurred over the past few days and judging by how bad it looks it seems that he¹s going to carry it this Sunday at WrestleMania as well. 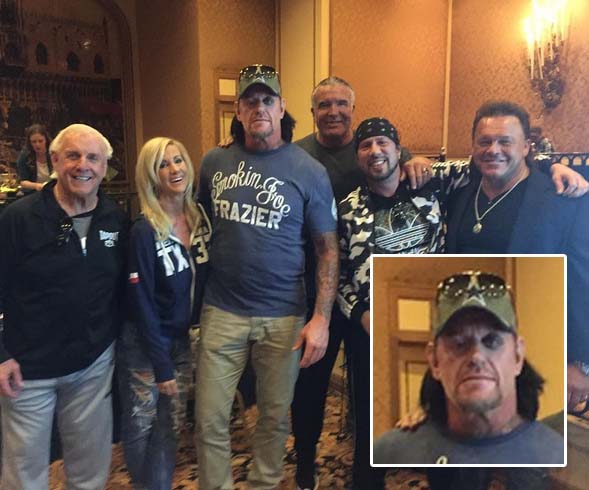