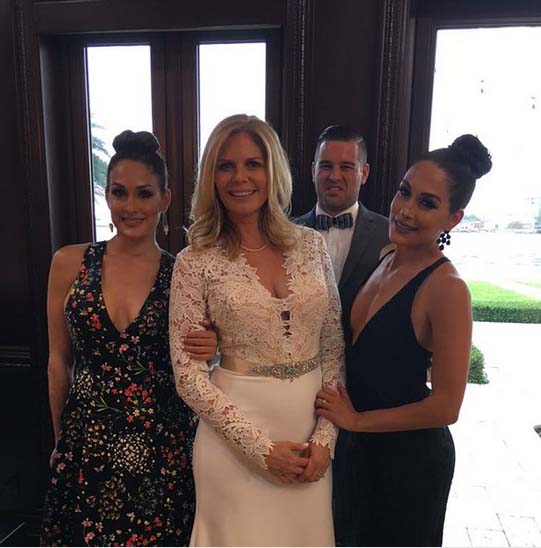 John Laurinaitis, the former Raw General Manager and now a producer for WWE, got married to Kathy Colace yesterday. Colace is the mother of Nikki and Brie Bella. The two got hitched on a yacht in Ft Lauderdale, Florida, during a ceremony which was attended by several family and friends including John Cena. Daniel Bryan didn’t appear in any of the family photos posted and it’s not known if he was at the ceremony. Brie posted a photo on her Instagram with her sister and her mother all glammed up writing, “Congrats to my mom @kathycolace marrying the man of her dreams!” Laurinaitis got engaged to Kathy in September of last year. You can see some photos from the wedding at http://w-o.it/1WORn7p.