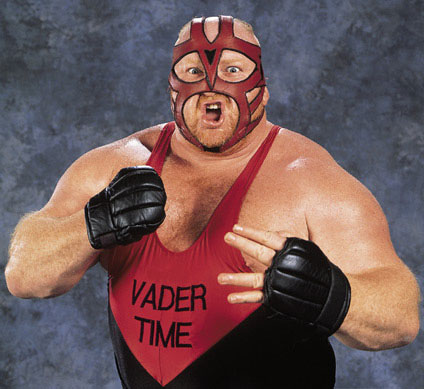 – In the video below, Becky Lynch hypes the WWE Network and says WrestleMania 32 is her time to shine:

– Renee Young recorded a Sports Illustrated podcast today and confirmed that she auditioned for ESPN’s SportsNation back in mid-2012 when Michelle Beadle left for NBC. Renee later signed with WWE in October of that year. The podcast should be released in the next week or so.

– A nude photo of former World Heavyweight Champion Vader, which was taken by him in bed, was uploaded to his Twitter today. Vader apologized and blamed it on his ex-girlfriend “hacking” his account. The photo was deleted but one fan tweeted that his 7 year old son saw the photo while playing with his phone. Vader responded, “U would have to talk to my ex.”

An edited version of the photo can be seen at this link. Below are his other tweets on the incident:

I want to apologize to everyone. My ExGirlfriend hacked my account and sent out an inappropriate picture. Please except my apology.

I have changed passwords and my ExGirlfriend no longer has access to my account. Please accept my apologies.