The Iron Sheik pens hilarious letter to Hogan and Gawker 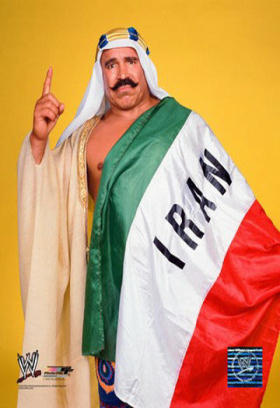 – WWE Hall of Famer The Iron Sheik wrote a hilarious open letter – all in caps – to Hulk Hogan and Gawker and it was published by Esquire.com. Sheik said that without him there would be no Hulkamania and he did the honors for him and “Mr Kennedy McMahon” when he could have taken the offer to break his leg. He said that Hogan told him that he “owed him one” but he hasn’t seen that day yet but “it’s okay” as he’s in the Hall of Fame and he’s a legend forever. Despite calling Hogan a “half and half howdy doody looking jabronie guitar player,” he said that Hulk is still “one of the boys” and it’s a shame that today “nobody give a f**k about history.” Turning his attention to Gawker, he said that they made Hogan look bad by getting “cheap heat” and called them “no good son of a bitch” as they don’t respect the privacy and have no class. “I can’t wait I see Mr. Gawker I suplex you put you in camel clutch break your his back I make him humble,” Sheik added. Gotta love The Iron Sheik! You can read the full letter at http://bit.ly/1UbVURR.