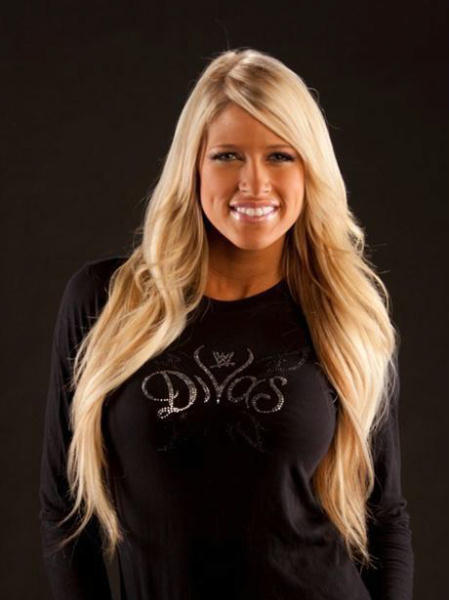 – Dean Ambrose granted two Make-A-Wish Wishes before Tuesday’s WWE SmackDown tapings in Indianapolis. WWE Community has photos of his meeting with Wish Kids Gianna and Jonathan at this link.

“I couldn’t be happier! Tonight was the most magical, incredible night and I’m officially Mrs. Souray! I’m the luckiest girl in the world to have married my best friend!”

Here they are before the rehearsal dinner this weekend:

– As seen below, Eva Marie recently appeared on FOX 11 in Los Angeles. She talks about playing a villain, going to Afghanistan, what to expect on the rest of the current Total Divas season, her hair, her look and more.