MSG shows its respect for The Hitman 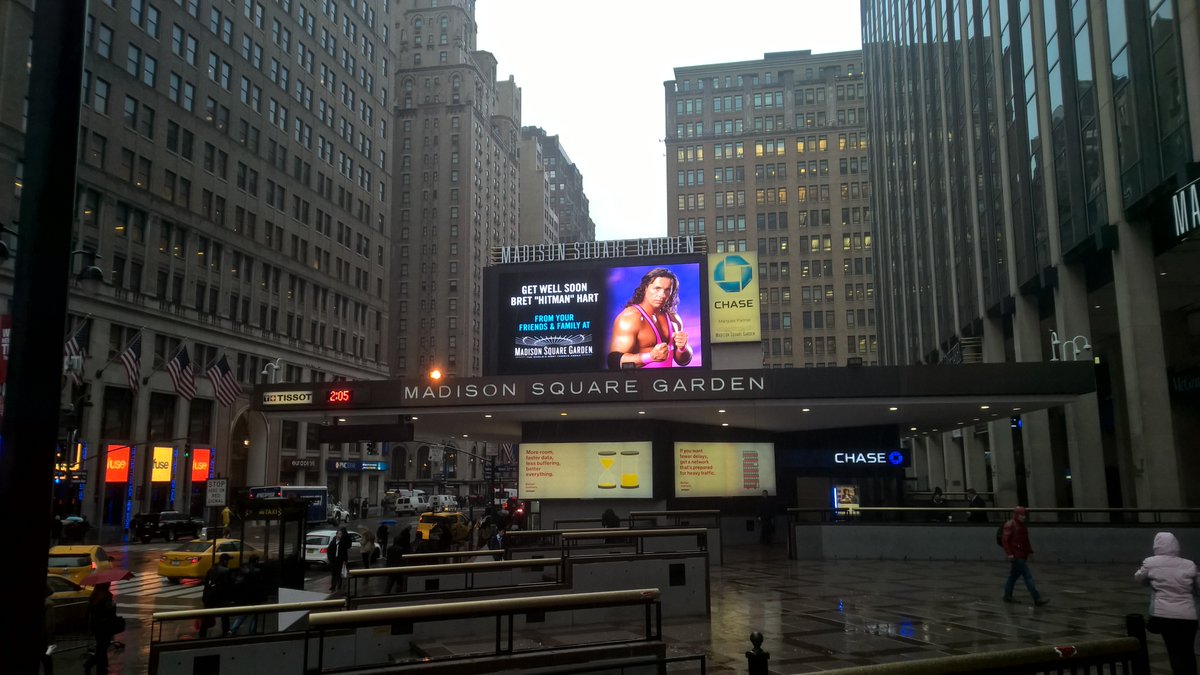 Bret Hart has main evented hundreds of arenas across the world but just like most Superstars, headlining Madison Square Garden is a special occasion. Following his announcement that he was diagnosed with prostate cancer, “the mecca” of professional wrestling Madison Square Garden showed its true class by honoring Hart on their outside electronic billboard in the middle of New York. “@WWE icon @BretHart is a hero with his fight against cancer. MSG stands by Bret in his latest battle #GetWellHitman,” a tweet posted by the MSG Twitter read along with a picture of the billboard showing a photo of Bret Hart with the message, “Get well soon Bret ‘HitMan’ Hart. From your friends and family at Madison Square Garden,” accompanying it. You can see the tweet at http://w-o.it/1KqI6Rn .