Jeff Hardy Out of Action Until Late 2016?, Hardy Reportedly Changing His In-Ring Style 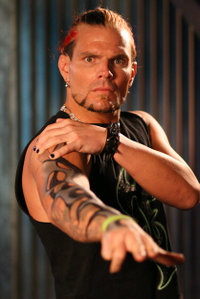 – Jeff Hardy reportedly needs another knee surgery and he could be out of the ring until late 2016. The timetable for his return won’t be certain until after he has the surgery.

Jeff has told friends of his that he will have to tone his style down and won’t be able to wrestle the same style that he’s worked in the past.