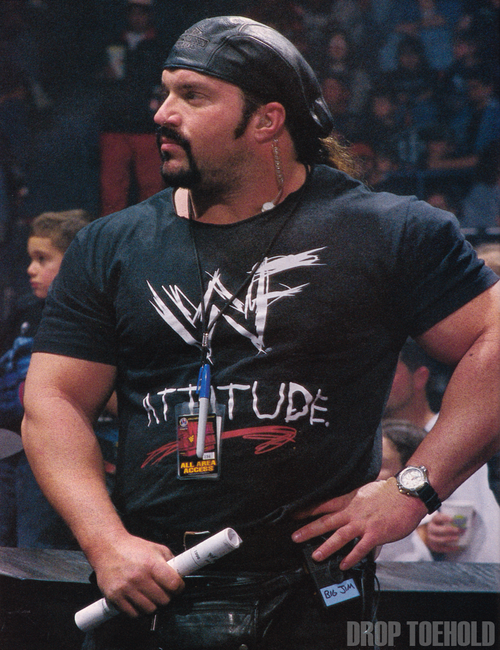 Former WWE head of security “Big Jim” Dotson has passed away today at the age of 49. RIP.

James Mitchell Dotson age 49 of Nashville, TN. departed this life suddenly December 10, 2015 at his home. He was a member of the Church of Christ, a graduate of Goodpasture Christian School and Middle Tennessee State University. He made a living as a professional athlete, working as the Security Director with the WWE for many years.

Jim was preceded in death by his father H. Jack Dotson.

Memorial services will be conducted 2 pm Thursday December 17, 2015 from the Madison Church of Christ with Rev. Nathan Washburn officiating, Burial will follow in the Forest Lawn Cemetery.

Visitation is 12 – 2 pm Thursday prior to the service.

In lieu of flowers donations can be made to www.gofundme.com/84emh3cs