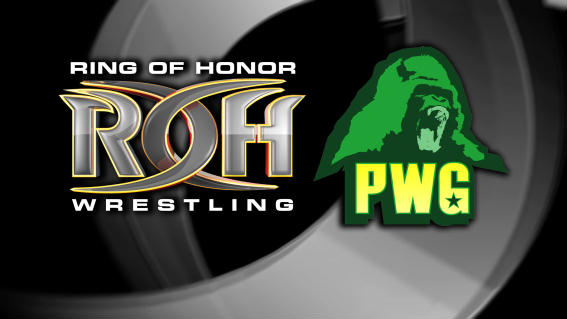 (BALTIMORE, MD) – Ring of Honor Wrestling announced today that they’ve entered into a strategic agreement with Pro Wrestling Guerrilla that enables exclusively contracted stars to compete on a select number of PWG shows per year in California.

ROH and NJPW have been developing a significant global relationship for the past two years and now ROH will work with PWG on the west coast of the United States. “PWG is a fantastic company in California that both our fans and stars have always been passionate about,” said Joe Koff. As we continue to grow the ROH brand and enter into exclusive agreements with our talent, we want all fans to continue enjoying the performance of the ROH stars in PWG. This alliance is great for both of our companies, the talent, and most importantly – The FANS.”

With this agreement, wrestling fans can look forward to seeing stars such as Adam Cole, Kyle O’Reilly, The Young Bucks, etc. compete at PWG shows, demonstrating to the West Coast why Ring of Honor is the best wrestling on the planet.

About Ring of Honor Wrestling:

Ring of Honor Wrestling is owned by Sinclair Broadcast Group, Inc., the largest and one of the most diversified television broadcasting companies with affiliations across all the major networks. Ring of Honor is a professional wresting company which produces weekly, original 1-hour television wrestling programs and is the only wresting promotion in the United States with a major, multi-market presence on broadcast TV. Ring of Honor is also syndicated on select TV stations and regional Cable Systems. For further information on Ring of Honor visit www.rohwrestling.com.